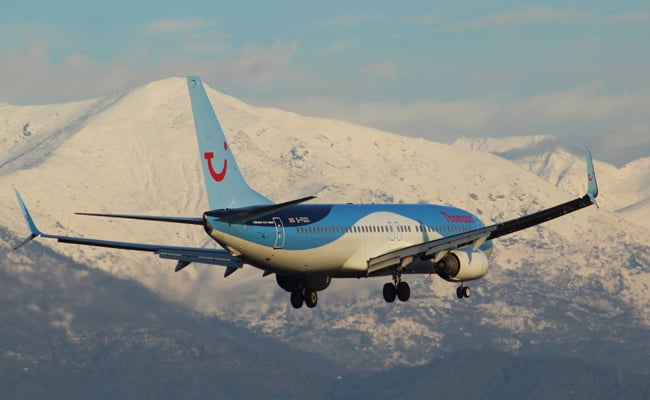 Thomson Airways Limited, more commonly referred to as simply Thomson, is the world’s largest charter airline. Currently, the airline has 61 active aircraft – all Boeing models – and three additional orders on the way. Based at London-Gatwick and flying from a host of airports up and down the UK and Republic of Ireland, Thomson delivers passengers to destinations across Europe, Asia, Africa and North America.

Thomson was formed following a 2007 merger of TUI AG and First Choice Holidays. A year later, their respective airlines became one and subsequently rebranded to become the Thomson Airways that we all know today.

Last year alone, the airline carried an excess of 10.6 million passengers on 53,869 flights, all over the world. Titling Thomson Airways the third largest UK Airline. It is just topped by Easyjet and British Airways.

As the largest global charter airline and one of the UK’s largest airlines, it is likely that you will, at one point, need to track a Thomson Airways flight status.

Enabling you to track any Thomson flight status either via our Database or by using our desktop flight tracker, which is now available on both desktop and mobile (iOS and Android), Plane Finder is the easiest way to do this. 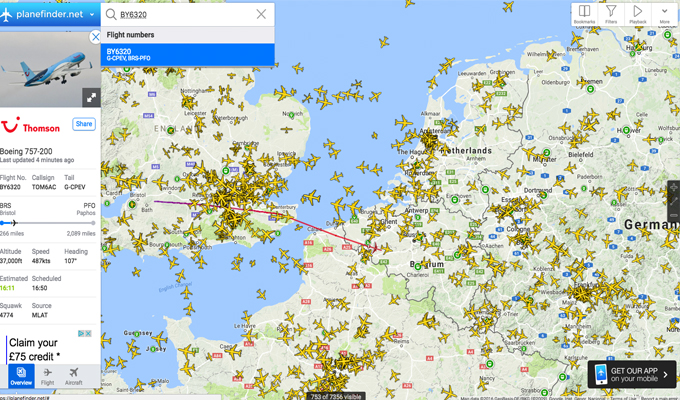 The easiest way to track any Thomson Airways flight status is to search for the flight itself by using its specific flight number.

This will immediately pull up all of the information surrounding the flight and aircraft, including;

For those keener plane spotters who are after more detailed facts, Plane Finder’s flight tracker will also pull through more information relating to the specific Thomson Airways aircraft type and registration details, its tracking source, operating days, based airfield and more.

If you don’t know the specific flight number of the Thomson plane you wish to track, there is an alternative method. Plane Finder allows you to add an aircraft filter offering the ability to filter out all flights that are not Thomson Airways.

Once established, if you know the aircraft’s flight path, you can manually select the plane – by a small process of elimination. This will then pull through the same details as before, including the Thomson Airways flight status.

Once finding and selecting either airport, Plane Finder will display the live departure and arrival boards. From here, you can then click on the Thomson flight you wish to track manually from its approximate arrival or departure time. This will take a little bit of trial and error, but is just as efficient and will pull through the exact same aircraft and flight status details as before.

To track a Thomson Airways flight on the Plane Finder mobile app, you should follow the same stages outlined above.

To download Plane Finder’s Flight Tracking App from the App Store or via the Play Store for ‘on the go’ flight tracking, please click here.

The mobile application comes fully equipped with dynamic augmented reality capabilities. These can pick out and name all planes flying near you at any given moment.

If you have any questions about Plane Finder or require further information, please contact us.