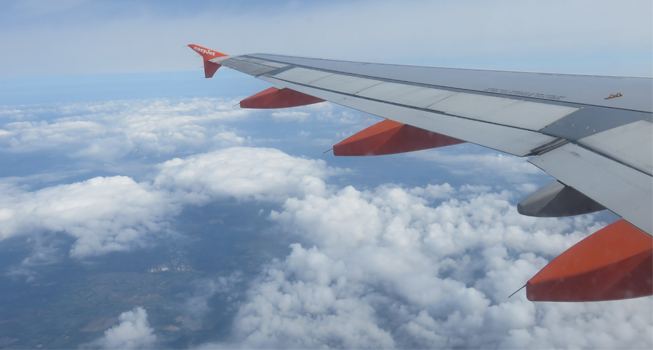 Easyjet, established in 1995, is one of the fastest expanding airlines that grew out of a series of rapid expansions and an – up until then – unmet consumer demand for low-cost travel. Launched by the Greek Cypriot businessman Sir Stelios Haji-Ioannou, Easyjet started life as a humble wet lease company that consisted for 2 Boeing 737-200s that flew between Luton, Glasgow, and Edinburgh.

Since then, Easyjet has enjoyed a steep climb to the top and today are an iconic low-cost British airline, managing hundreds of both national and international flights a day. Today the airline operates scheduled services on over 700 routes flying to 32 countries and employs over 11,000 across Europe – although predominantly in the UK.

Currently, the Easyjet fleet consists of 200 aircraft, most of which are Airbus A319s and are stationed at 24 bases across the UK – Gatwick and Luton being the largest.

How To Track the Status of your Easyjet Flight

Being one of the busiest day-to-day airlines within Europe it is likely that you will one day find yourself wanting to track the status of an EasyJet flight – but how?

With Plane Finder, you can track the flight status of any Easyjet aircraft either via the Plane Finder Database or with Plane Finder’s dynamic flight tracker which is now available on both desktop and mobile.

With Plane Finder’s flight tracker there are 3 easy ways to track any Easyjet flight status depending on what you know about the flight:

1. Using the flight’s flight number you can search for the specific flight via the search bar at the top of the desktop and mobile version:

Searching via flight number will pull up all available information found for the specified Easyjet flight including:

From this information, you can easily track the specific Easyjet flight status.

2. Add an Easyjet Airways filter on both the desktop and app version:

If, however, you do not know the Easyjet flight number of the plane that you wish to track, all is not lost! You can add a customizable filter to Plane Finder’s Flight tracker to only show current Easyjet flights.

To add a new filter, you select the filter option in the top right toolbar, from there you can enter Easyjet into the airline tab and save the filter. Please note that Plane Finder will update ‘Easyjet’, if this is how you have typed in the airline name, to EZY. This will then filter out all aircraft that are not Easyjet flights. From there, if you know the plane’s flight path you can select the plane. This will then draw up the same information as before so that you can easily track the Easyjet flight status.

3. Track Easyjet flight status via airport departure and arrival boards on both the desktop and app version:

If you select either airport – to cut corners you can search for a specific location in the Plane Finder smart search bar – Plane Finder will display the live departure and arrival boards. From here, if you know the time of the Easyjet flight you wish to track, you can click on that flight directly, or find it through trial and error, and it will then pull up the same information as before.

The process of tracking an Easyjet flight status on the Plane Finder mobile app follows the exact same process as outlined above.