The iconic Boeing 747 is a wide body, four engine driven aircraft manufactured by Boeing, the American aerospace company. It is uniquely recognisable via its distinctive upper deck, which denotes to it a distinctive shape that has led to it being nicknamed the ‘Jumbo Jet’.

The original version of the Boeing 747 – the first of many – was launched in America in 1966 and flown for the first time commercially four years later. Today there are many different variants that serve a whole host of purposes: ranging from passenger, cargo, government, military and exploration – such as the Shuttle Carrier Aircraft that aids the launch of the space shuttle.

Nevertheless, the 747-400 is the most common passenger version of the Boeing 747. This particular model can accommodate between 400 and 660 passengers, depending on the class and seat layouts. For example, a high density one-class configuration of a 747-400 will be able to accommodate the most amount of passengers possible, however, a more spacious business class environment will take up more room, and so the aircraft’s maximum passenger allowance will be reduced.

Currently, British Airways (BA) is the largest Boeing 747 operator, being responsible for 39 of the 515 aircrafts in service as of July 2016. This accounts for a huge 8% of all Boeings in our skies being BA planes. Although this sounds like a relatively small percentage, when you consider that 64 different airlines are currently operating 747s, this becomes a much larger fraction.

1) Search for the specific flight using the flights unique flight number in the search bar at the top of the desktop and mobile version: 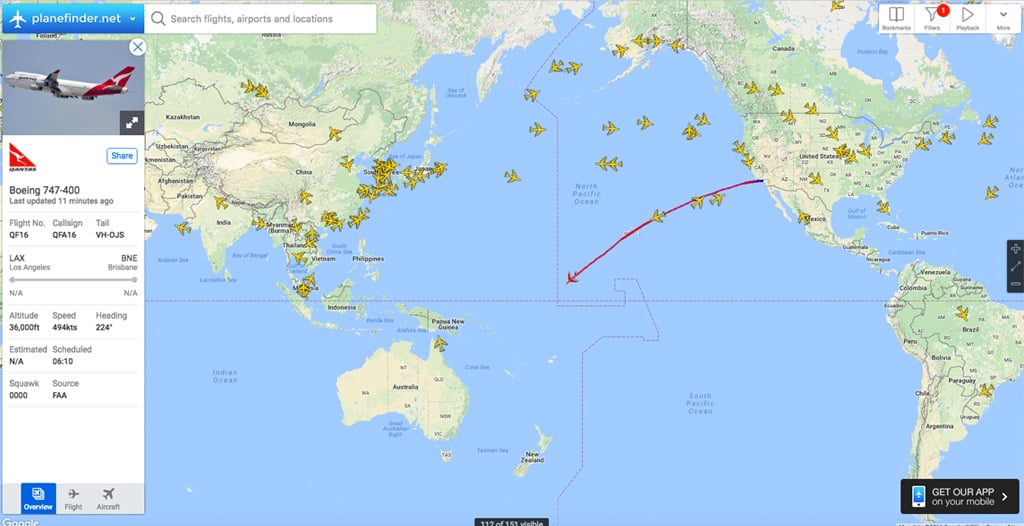 This will pull up all information found for the aircraft and flight, including; the Boeing 747’s flight progression, it’s scheduled and expected arrival time, should there be any recorded delays. It’s altitude; it’s ground speed and the direction in which it is currently flying. Plane Finder’s sophisticated flight tracker will also pull through more detailed information relating to the aircraft and airline itself

2) Add a Boeing 747 filter on both the desktop and app version: 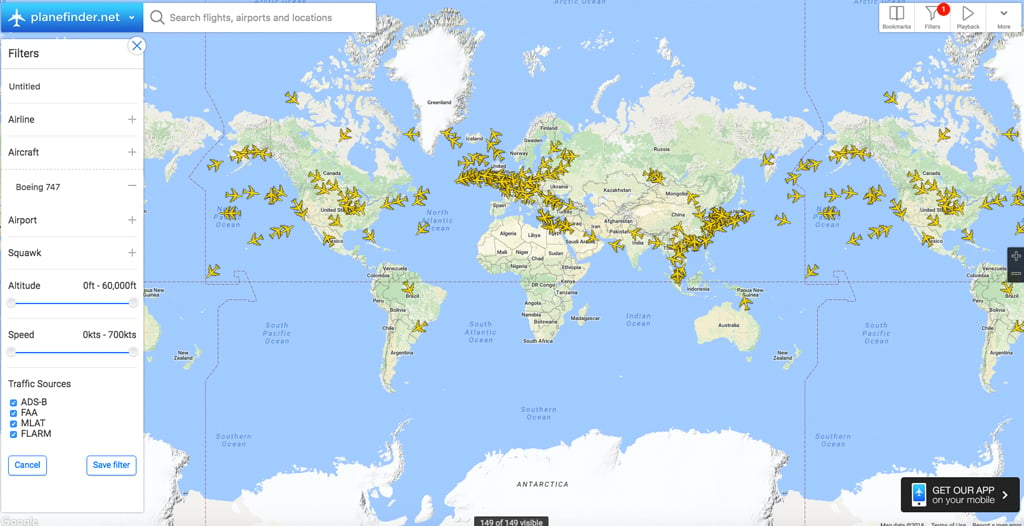 To add a new filter, you select the filter option in the top right toolbar, from there you can enter Boeing 747 into the aircraft type – please note Plane Finder will change this to B47 – and save the filter. This will then filter out all aircraft that are not Boeing 747s. From there, if you know the plane’s flight path you can select the plane you want to track. This will then draw up the same information as before – including the aircraft’s flight status and airline operator.

3) Track a Boeing 747 flight status via airport departure and arrival boards on both the desktop and app version: 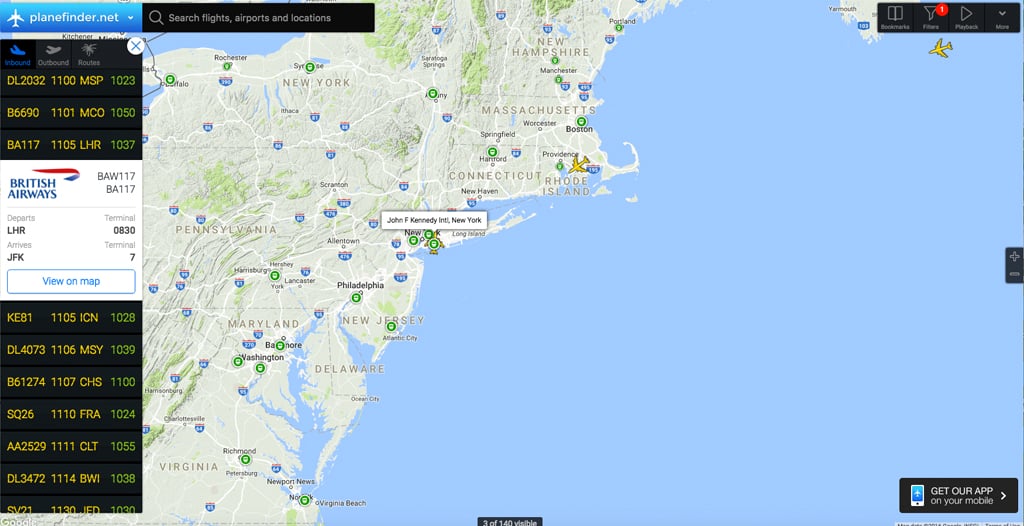 If you don’t know the aircraft’s flight path or flight number, a third way to track a Boeing 747 across the world is via the departure or arrival time and the departure or destination airport: You can search for a specific airport in Plane Finder’s smart search bar.

From this you can click on the airport itself and Plane Finder will display it’s live departure and arrival boards. If you know either time of the specific Boeing 747 you wish to track, you can click on that flight directly – or find it through trial and error – and it will then pull up the same information as before.

The process of tracking a Boeing 747 across the world on the Plane Finder mobile app follows exactly the same processes as outlined above.