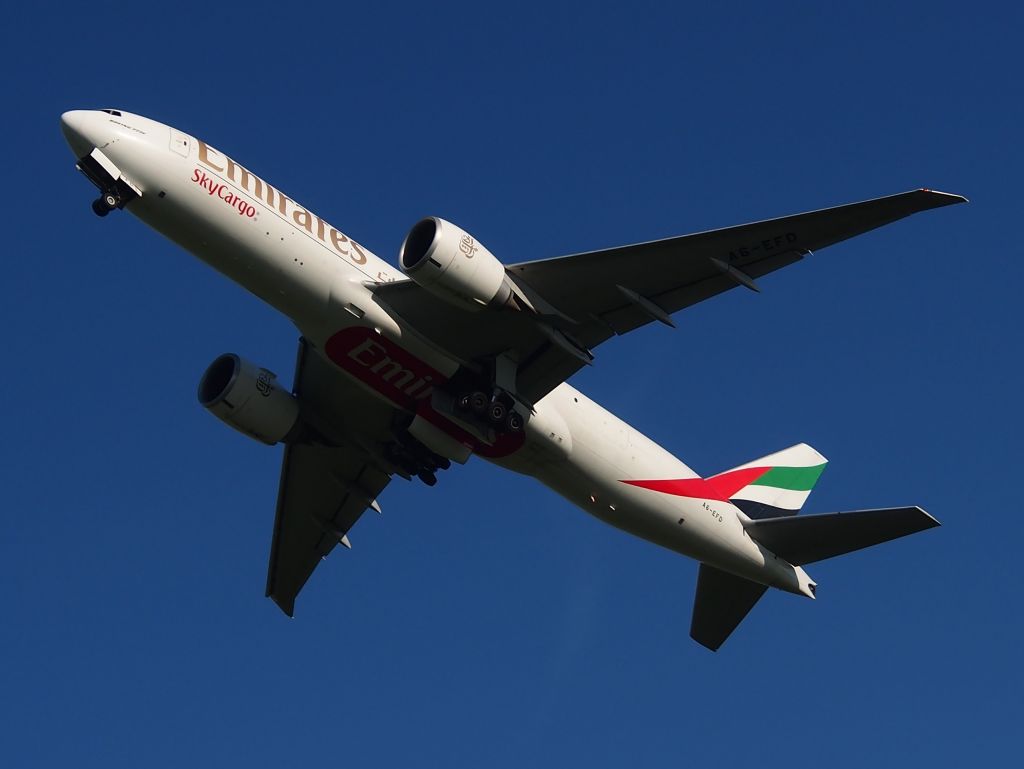 Established in 1983, Emirates Airline today is the Middle East’s largest airline. Based in Dubai, the airline operates over 3600 flights per week to more than 154 cities, in 80 different countries and across all six continents.

In terms of international passengers carried, Emirates Airline is the world’s fourth-largest airline. But, when it comes to freight tonne kilometres carries, Emirates is the second largest global airline.

2015 and 2016 saw several milestones realised for Emirates. For one, back in March 2016, the airline made a name for itself by launching the longest non-stop commercial flight.

Emirates now regularly carries passengers from Dubai to Auckland, New Zealand, in one single flight. Similarly, 2015 and 2016 have seen Emirates introduce 29 new Airbus A380s and Boeing 777s. This influx has brought the airline’s impressive fleet to the 250 mark. Crowning Emirates Airline as the world’s leading operator of A380s and 777s.

Clearly, Emirates is staying true to their dedication to “maintain a young, all wide-bodied fleet.”

As the Middle East’s busiest airline and one of the world’s largest airlines, it is probable that at one point you will want to track an Emirates Airline flight.

Plane Finder is by far one of the easiest ways to do this and allows you to track any Emirates flight status.

It gives you the option of flight tracking either on the go via a dynamic mobile flight tracker which comes on both iOS and Android and equipped with Augmented Reality features, or at home or work – on Plane Finder’s desktop flight tracker.

This article serves as a how-to guide, taking you through the three easiest methods of tracking an Emirates flight status.

The simplest and most direct way to track an Emirates flight status is by searching for the specific plane you wish to track via its flight number.

If you know this number, use Plane Finder’s smart search bar which, on the desktop version (above) is in the top left-hand corner of the screen and on the mobile application is at the top of the screen.

This search will immediately pull through all information available regarding the specific Emirates flight. Included in this information is the Emirates flight status and progression, the aircraft type, land speed, altitude, direction, expected arrival time and both the departure and arrival airport.

For those keener planespotters among you hankering after more detailed insights, Plane Finder’s flight tracker will also give you information relating to the specific Emirates aircraft type, registration details, its tracking source, operating days, home based airfield and more.

If you don’t know the specific flight number of the Emirates plane you wish to track, there is an alternative method. Plane Finder allows you to add an aircraft filter offering the ability to filter out all flights that are not Emirates Airways.

To do this, select the map tab = in the top right-hand corner of the desktop screen, then select filter – or if using the app select the filters tab from the menu in the left-hand corner.

Once you have opened the filters screen, enter Emirates in the ‘Airline’ option. Please note that once you have typed in Emirates, Plane Finder will shorten this to UAE. Don’t panic – this is the official flight code for this airline. Next all you have to do is save your filter, you will now only be able to view currently operating Emirates flights. (To remove this filter, simply uncheck it on the filters screen.)

After your Emirates filter has been created, if you know the aircraft’s flight path, you can manually select the plane – by a small process of elimination. This will then pull through the same details as before, including the Emirates flight status from where you can successfully track the progress of the flight.

If you don’t know the plane’s flight number or path, fortunately, there is a third way to track an Emirates flight status.

Once you have selected the airport, Plane Finder will automatically display the live departure and arrival boards. From here, you can then click on the Emirates flight you wish to track from its scheduled arrival or departure time. This will take a little bit of trial and error. 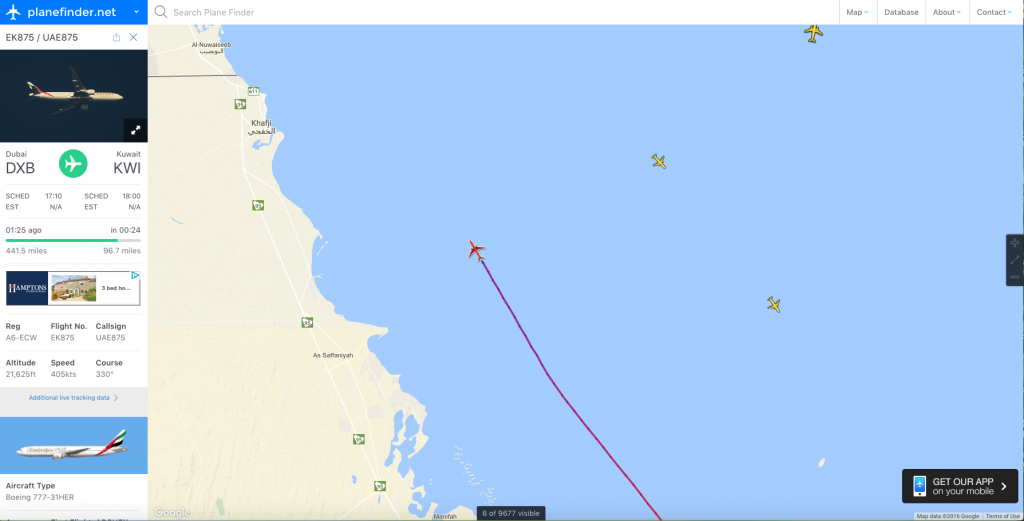 Once you have found your flight, click the button ‘View on map’ and this will take you through to the flight’s current location:

From here, Plane Finder’s flight tracker will supply the exact same Emirates aircraft and Emirates flight status details as before.

To track a Emirates flight on the Plane Finder mobile app, you should follow the same stages outlined above.

To download Plane Finder’s Flight Tracking App from the App Store or via the Play Store for ‘on the go’ flight tracking, please click here.

The mobile application comes fully equipped with dynamic augmented reality capabilities. These can pick out and name all planes flying near you at any given moment.

If you have any questions about Plane Finder or require further information, please contact us.