Ryanair has grown from a small airline flying the short journey from Waterford to London into one of Europe’s largest carriers.

Found in 1984, originally as “Danren Enterprises,” Ryanair began operations in 1985. To begin with, the airline was comprised of a single 15-seat aircraft that flew between Waterford and Gatwick Airport.

Today, Ryanair is a little larger than this: The airline has over 9,500 members of staff, supporting 116 million passengers a year, on 1800 flights a day and operating 340 Boeing aircraft from 200 airports, in 33 countries across Europe and North Africa.

In 2013, Ryanair was both the largest European airline by scheduled passengers carried, and the busiest international airline by passenger numbers.

How to Track the Status of Your Ryanair Flight

Today Ryanair remains one of the busiest day to day airlines operating within Europe.

With Plane Finder, you can track the flight status of any Ryanair aircraft either via the Plane Finder Database or with Plane Finder’s dynamic flight tracker. This is now available on both desktop and mobile.

Search for the specific flight using the flight’s unique number in the search bar at the top of the desktop and mobile version: 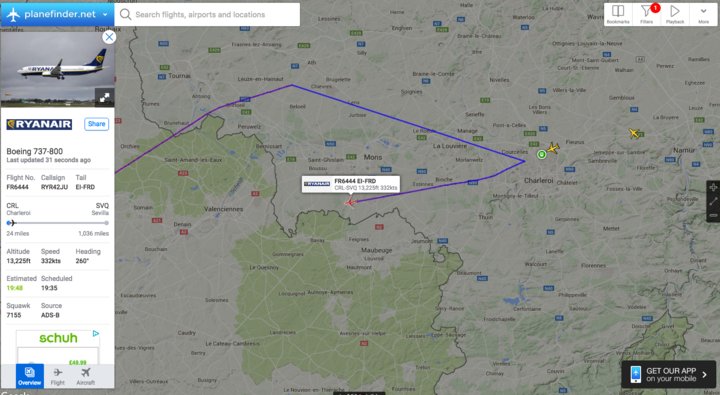 This will pull up all information found on the aircraft and flight, including; the Ryanair flight progression, it’s scheduled and expected arrival time, should there be any recorded delays. It’s altitude, it’s ground speed and the direction in which it is currently flying. Plane finder’s sophisticated flight tracker will also pull through more detailed information relating to the aircraft itself.

Add a Ryanair Airways filter on both the desktop and app version: 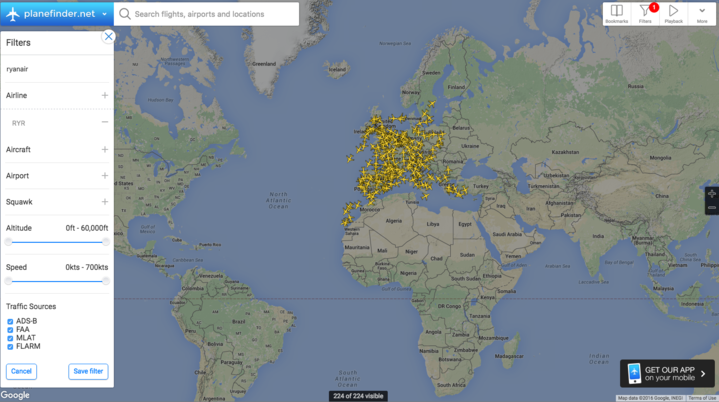 To add a new filter, you select the filter option in the top right toolbar, from there you can enter Ryanair Airways airline and save the filter. This will then filter out all aircraft that are not Ryanair flights. From there, if you know the plane’s flight path you can select the plane. This will then draw up the same information as before – including the aircraft’s Ryanair flight status.

Track any Ryanair flight status via airport departure and arrival boards on both the desktop and app version: 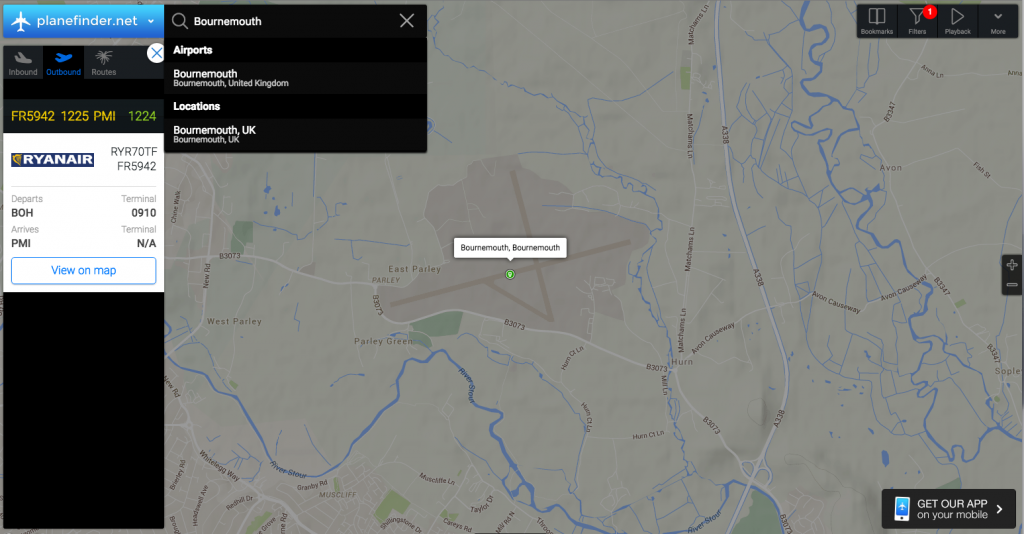 If you don’t know the plane’s flight path or flight number a third way to track Ryanair flight status of a plane is if you know the departure or arrival time and the departure or destination airport: You can search for a specific airport in Plane Finder’s smart search bar.

From this you can click on the airport itself and Plane Finder will display it’s live departure and arrival boards. if you know the time of the Ryanair flight you wish to track, you can click on that flight directly, or find it through trial and error, and it will then pull up the same information at before

The process of tracking a Ryanair flight status on the Plane Finder mobile app follows the exact same process as outlined above.