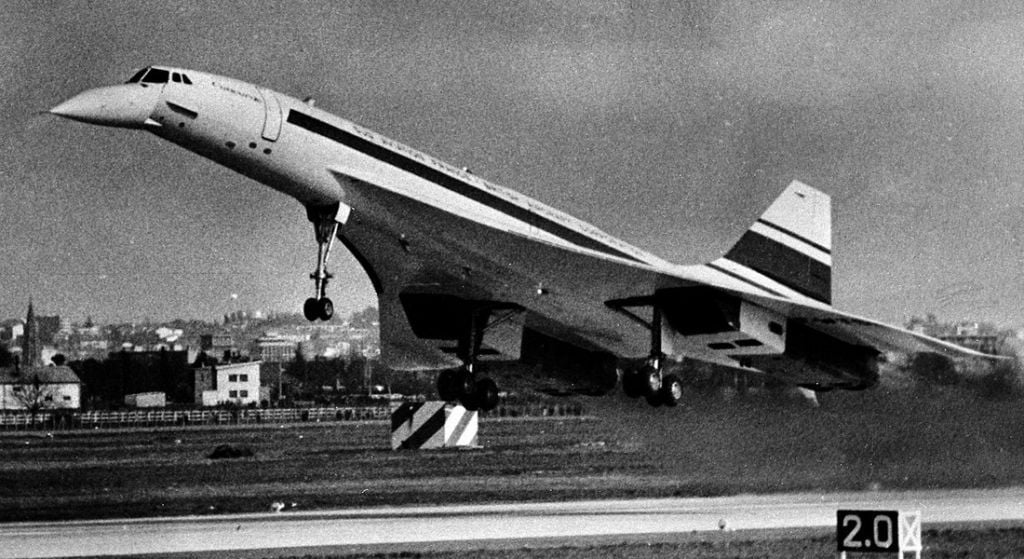 For three decades, the only way you could travel faster than Concorde was as an astronaut. Ever since the iconic jet was grounded in 2003, supersonic flight for civilian travellers has been out of reach – could that be about to change?

Concorde was once the pride of the nation – both in the UK and in France. Response was mixed when the aircraft was grounded in 2003, but most people were sad to see it go. Ever since, news stories have circulated about reviving the Concorde – emanating mostly from a troupe of diehard fans with plans to purchase and refurbish a Concorde.

It’s a big ask. The aircraft have been out of commission for so long, that they may have deteriorated dramatically. Parts may be impossible to source or suitably produce from scratch. Assessment and testing of airworthiness could take years, assuming refurbishment is even successful.

So, getting an old Concorde back into the air isn’t going to be easy. We’re more likely to see a new generation of supersonic jets taking Concorde’s place.

The HIKARI Project is one such candidate; a proposed Mach 5 capable aircraft, with a range of 14,000km (6,700 miles). It sounds quite far fetched, even with an expected arrival of date 2040-2050 – but this 24 page report outlines research, technologies and strategies for such a fleet of aircraft.

The pool of candidates for a next generation supersonic aircraft is surprisingly big. The “Quiet Concorde” aims to fly within five years, as does the NASA-commissioned Lockheed Martin X-59 QueSST. Both are being developed to be quiet; because although impressive, sonic booms become less awe-inspiring when you have to listen to them all the time. It was a major sticking point of Concorde.

It looks like US-based aviation firm Boom will get there first – with their cheaper, faster and quieter supersonic passenger jet. The aim? To democratise supersonic travel – with starting costs expected to be equivalent to a business class ticket at launch, and falling over time.

Still, it’s not quite Concorde – and it’ll be hard for her biggest fans to let her go.

In the early 1950s, UK defence officials set the task of developing supersonic transport – or SST. After an intensive period of research, the committee chaired by Morien Morgan concluded that with the technology and knowledge of the time, SST was infeasible.

That was until 1955, when Johanna Weber’s research showed that a thin delta wing with a high angle of attack allowed for takeoff, landing and efficient supersonic flight. SST suddenly went from infeasible to a tantalising possibility – and the development of Concorde began, headed by Britain and France.

When Concorde’s first flight took place in 1969, it immediately attracted interest from buyers. The idea of commercial airline passengers being able to fly at supersonic speeds seemed like science fiction – but it was really happening.

Safety was also in question. A Russian-made Tupolev Tu-144 (the only direct Concorde competitor) broke up very publicly at the Paris Airshow in 1973, killing 14 people. Could Concorde face similar issues at high speeds?

Although concerns were mitigated, many buyers cancelled their orders. Besides – there were bigger problems to come.

In 1976, Concorde began 27 years of commercial flight – and although it had only one fatal accident to its name, it was blighted with issues: tyre blowouts, overheating and flexing so extreme that it was visible to passengers in rear seats.

Rising fuel costs and slumping sales saw Concorde become less popular. In 2003, it was retired from service (it’s fair to say that the fatal crash of 2000 played a part in its retirement, too).

But Concorde went out with some remarkable achievements, including the fastest flight from New York JFK to London Heathrow in an astonishing 2h 52m 59s – a record unbroken in over 20 years.

While newcomers could test that record in a few years, Concorde will always be remembered as a watershed moment in aviation history.

Plane Finder apps are easy to use, fun and packed with aviation information. With our signature plane spotting app, which uses real-time flight tracking, you can track every plane in the sky, anywhere in the world.