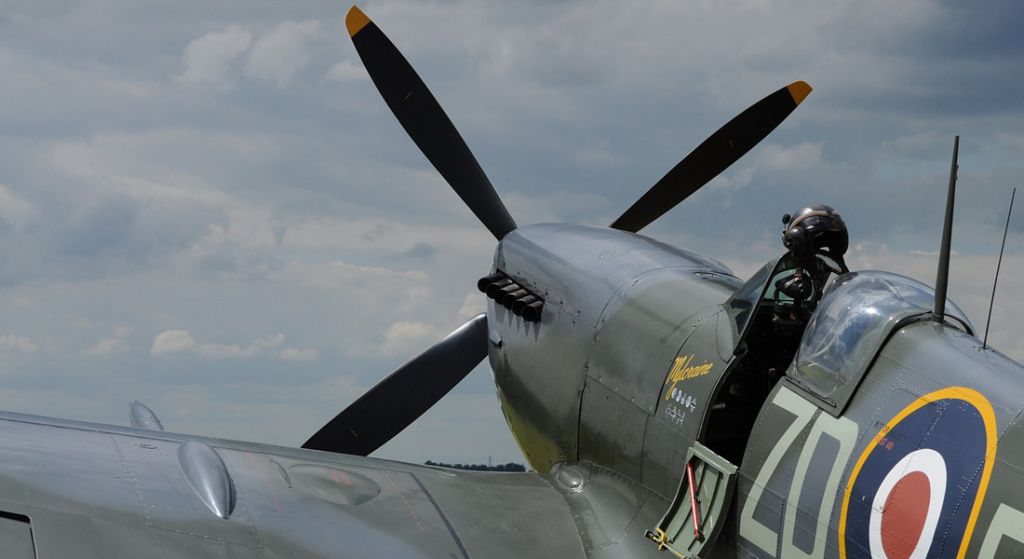 An aviation legend. The pilot of more than 400 Spitfires, who clocked over 1,100 hours in the cockpit. A pioneer of women in military aviation, and a noble spirit who embodied the soul of aviation. This is a celebration of Mary Ellis – one of the last female pilots from WWII.

She was born in Oxfordshire as Mary Wilkins, on 2 February 1917. She was obsessed with flying machines from a young age, which her father enabled. He bargained for her first experience of flying when she was 11 – a roaring joy ride aboard a biplane at a flying circus. That was the moment Mary decided that she wanted to be a pilot.

By the time she was 16, she was taking regular flying lessons in nearby Witney – and eventually earned her private pilot’s license, flying for her own enjoyment. With the outbreak of World War II in 1939, all non-military flights were grounded.

Mary didn’t let that stop her doing what she loved most. She joined the Air Transport Auxiliary in 1941, shortly after the rules on women military pilots were changed. She was grouped with other female pilots tasked with ferrying aircraft to the frontline.

Over the course of the war, Mary flew 76 different aircraft types, including more than 400 individual Spitfires.

While wartime ferry pilots never engaged in combat, the task of delivery was itself fraught with danger; flying to the frontline carried the risk of being downed by enemies. There were no navigation aids, radios or defences. Delivering damaged, hastily repaired aircraft was nerve-wracking and sometimes fatal. A total of 15 women lost their lives serving in the ATA.

After the war, Mary continued serving as a ferry pilot in the RAF. She became one of the first women in the world to fly the Gloster Meteor, the first British jet fighter ever made. Following her military career, she became the manager of Sandown Airport on the Isle of Wight, as Europe’s first female air commandant.

She shared her life and love of aviation with husband Don, a keen pilot himself. They were married for 48 years until Don passed away. They lived together in a house next to the runway of Sandown Airport.

Mary passed away on 26 July 2018, at 101 years old. She leaves behind a legacy as one of the foremost women in aviation, serving as an inspiration to those who followed in her footsteps.

Mary was a woman of “firsts”. She was among the first women to receive equal pay and serve as military pilot – a job seen as too taxing for females in the thirties and forties. She, and women like her, made things possible for women in aviation today.

The progress she helped usher in, although small and slow, was enough to change the future – not just for women in aviation, but for women in everything. She fought against the dated ideas of “a woman’s place”, when such language was at its peak, by making hers in the cockpit of a fighter plane.

The world today is far from equal. When Mary was born, women couldn’t vote. But it’s people like her that helped inch things a little closer to level – and we feel inspired by her to continue enabling and encouraging girls and women everywhere.

Plane Finder, our signature plane spotting app, uses real-time flight tracking – and can play back any flight since April 2011 – so you can see history take flight.