Spain’s largest privately funded airline SpanAir will go bust tonight at midnight after a Qatar investment fund pulled out of a deal at the last minute.

Established in 1986 they had a total of 29 aircraft in their fleet, comprised mainly of Airbus A320’s. Routes were mainly within mainland Europe with some to Northern Africa. 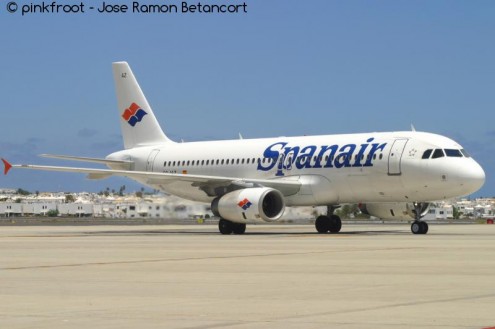 Flying mainly out of Barcelona you will no longer see these aircraft in the sky flying for this airline!

Remember you can use the playback feature of Plane Finder.net to view the final moments of some of the aircraft.