Aircraft that fly under the supervision of Air Traffic Control fly in what is called controlled airspace. These are predefined areas of airspace in which no aircraft can fly unless properly equipped and the pilot suitably qualified. Within these areas, aircraft can get within very close proximity and to control that proximity air traffic controllers use a set of procedures and regulations to keep aircraft separated safely at all times and communicate with them through radio.

Depending on the airspace in which the aircraft is flying and set of rules under which the pilot is carrying out the flight, depends on whether separation will be applied to the aircraft by Air Traffic Control. There are 7 classes of airspace:

Aircraft flying in controlled airspace A-E are under the instructions of ATC. This means that they have to follow the instructions given by their Air Traffic Control Officer (ATCO). The ATCO has to use the radar to keep these aircraft within a certain limitation either horizontally or vertically.

When flying horizontally, aircraft flying en route, usually within higher altitude airspaces are kept separated by a minimum of 5 nautical miles. The ATCO controls heading, altitude and speed of aircraft to maintain this separation.

When aircraft are operating in busier airspace, near airports and at slower speeds, this separation comes down to 3 nautical miles.

Horizontal separation must be maintained when vertical separation is not. There must always be one dimension of separation present between two aircraft at any one time.

Aircraft that are within 3 nautical miles or 5 nautical miles of each other laterally (as above) must be separated vertically from one another. This ensures the aircraft are always a safe distance from each other. Within controlled airspace the ATCO uses radar to keep separation vertically by providing instructions on climb, descent and cruise speed as well as providing vectors for aircraft to follow.

You can see these rules in action all the time on PlaneFinder: 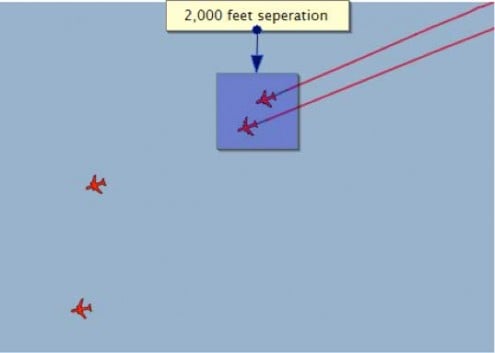 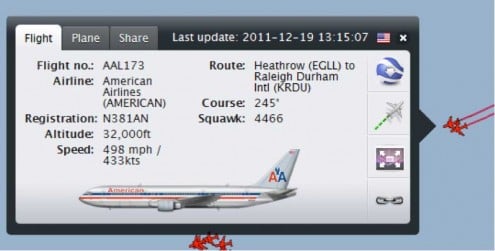 To allow aircraft to manoeuvre with each other strictly under control, the ATCO issues directional or heading instructions to pilots within controlled airspace. For example, aircraft approaching Heathrow for final approach to landing arrive in the control area via a navigational beacon and a controller tells them which direction to head in using a compass heading. The pilot then follows this and any other instructions provided. You can see this in the map below as a flight is vectored in to intercept final approach at Heathrow. The likely reason this controller has taken them in an “S” pattern is to slot the aircraft between two others, therefore altering its direction of travel to allow the aircraft to ‘slot’ in and maintain separation between other aircraft already on final approach. 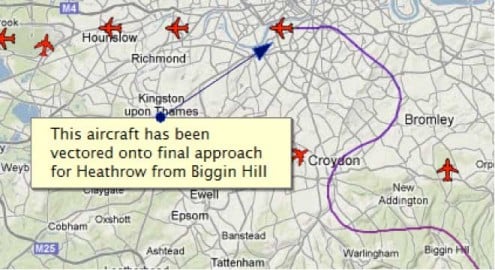 Watch it all on Plane Finder’s flight tracker

All of the above air traffic manoeuvres can be seen in action on PlaneFinder’s flight radar. If you zoom out so that you can see the area of Europe, you can spot where the controlled airspace and airways are: 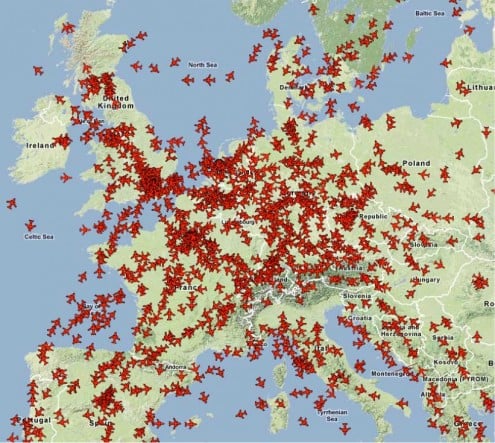 Thank you to Richard Buckby from Derbyshire for making suggestions to update the above content. We have duly done so!

Want to try the Plane Finder flight tracking app? Take a look at the functionality.