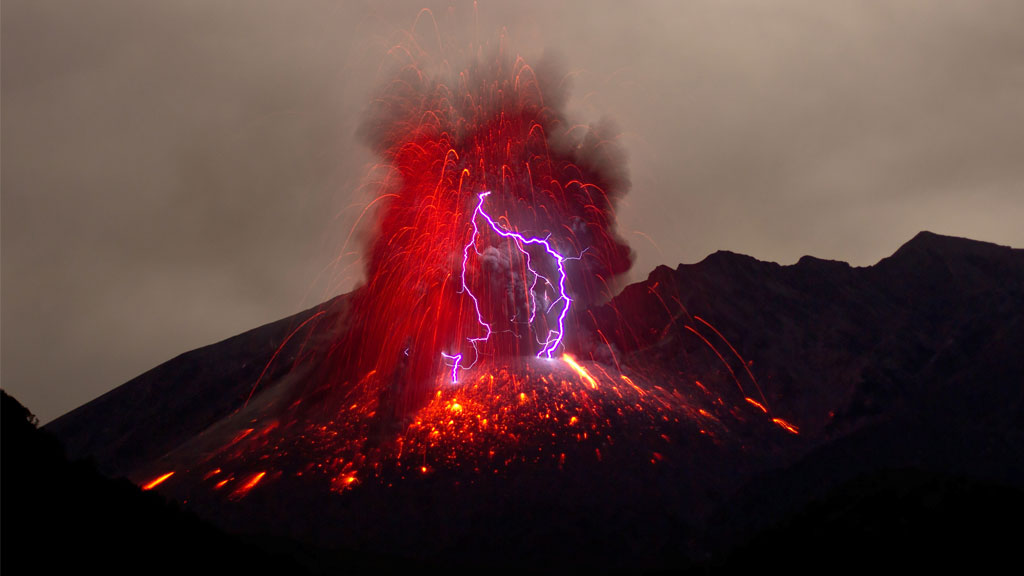 The 2010 eruption of Icelandic volcano Eyjafjallajökull, which wreaked havoc with travel plans, spread a cloud of ash across Europe, North America and far into the Asian continent. Flights were grounded all over the world and getting home was impossible for many. How did a tiny island’s volcano bring aviation to a halt?

What Happens when a Plane Flies Through Volcanic Ash?

On the 24th of June 1982, a British Airways Boeing 747 was flying over the Indian Ocean, off the coast of Java. An effect similar to St. Elmo’s Fire appeared to the crew in the cockpit, illuminating the front of the aircraft with a ghostly blue plasma. This was echoed in the cabin, where passengers witnessed the engines glowing blue, and emitting light from within them – casting a strobe of shadows though the intake fan blades.

Thick, sulphuric smoke began to fill the cabin. Passengers naturally assumed the worst – but the situation deteriorated further when all four of the Rolls-Royce RB211 engines failed.

The volcanic islands of Indonesia rise high out of the sea, making gliding at low altitudes dangerous. Nevertheless, Captain Moody decided to lower altitude immediately to purge the smoke from the cabin and cockpit, after his colleagues’ oxygen masks failed. This gave the crew a chance to survive but meant that their diversion to Jakarta was now out of reach. It left only one option; to turn back out over the Indian Ocean and ditch the plane in the sea.

Ditching had never been attempted in a B747 – making it a high-risk option. The crew fought relentlessly to get the engines restarted. Miraculously, the number four engine came back, followed closely by engine three, which allowed the aircraft to regain altitude. All four engines were soon generating thrust once again.

With the increase in altitude, the St. Elmo’s Fire returned – and engine two was lost again. Not willing to risk another total failure, Moody lowered altitude and continued with the three remaining engines. Visibility was severely reduced through the sandblasted windscreen and some instruments (including landing lights) had failed – making the landing extremely precarious – but the crew brought the hampered craft down safely in Jakarta.

This entire situation was caused by volcanic ash from the eruption of Mount Galunggung, 110 miles from Jakarta. Tiny particles of ash in the air generated the electric field that causes St. Elmo’s Fire – and their presence in the engine caused catastrophic damage to components.

The incident could have been fatal. The damage risk to aircraft is too high to consider flying through an ash cloud again. But what about in a life and death emergency?

Can Any Planes Fly Safely in Ash Clouds?

During the 2010 eruption, airspace restrictions were put in place to prevent any more incidents like the Mount Galunggung event in 1982 – but some military missions were flown.

No crashes were reported, but engines were damaged beyond repair; deposits of molten glass were found in the engines of five Finnish F-18s, caused by the particles suspended in the air.

Helicopters and prop planes don’t do any better. In fact, the particles can erode the blades on the rotor or propeller rapidly, drastically reducing their efficacy.

The best course of action is to stay on the ground, and wait for the air to clear.