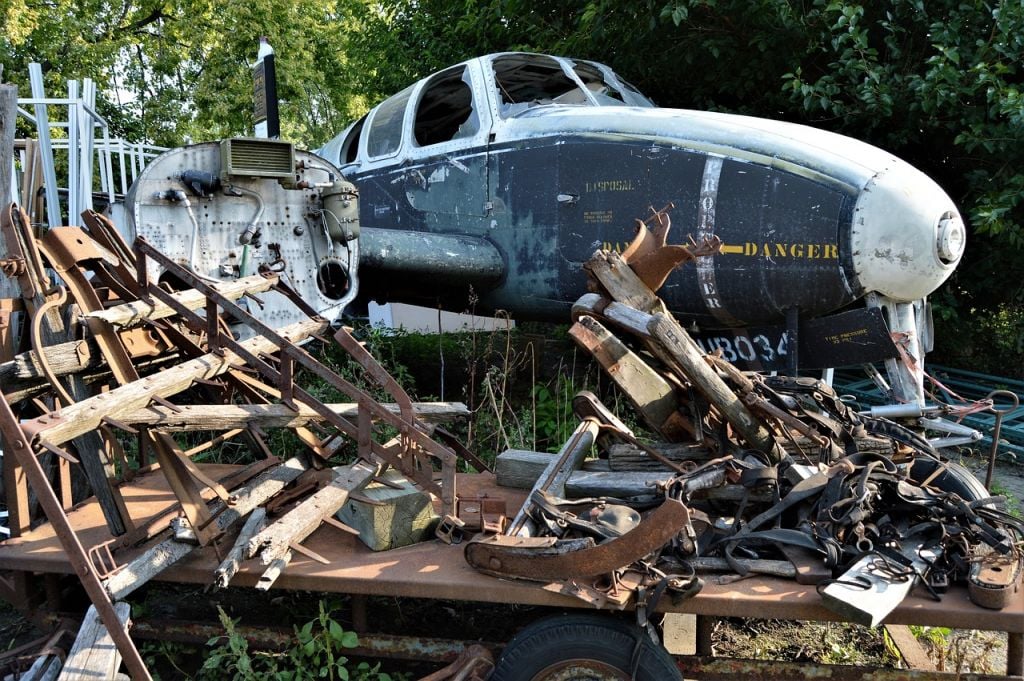 The future’s coming around fast. Just a decade ago, there was no iPad, no 4G network, no voice assistants – not even Plane Finder (we first released our flight tracking app in 2009). Today, we’re in the midst of an all-electric, self-driving car revolution, while automation, AI and the Internet of Things is making work easier (and threatening to take work away).

Technology advances at a great pace – and before we know it, the paradigms have shifted and we’re living in a new world. Air travel has remained largely unchanged since budget air travel disrupted the industry; but now, the disruption is coming from ground level – and below.

If you haven’t heard about Hyperloop, here’s a breakdown of the idea: imagine a supercharged monorail train, driving inside a metal tube with the air sucked out of it.

Running in a near vacuum means reduced air resistance, and the magnetic levitation used to propel and suspend the vehicle reduces contact friction. That adds up to serious speeds and great efficiency.

How fast? 760 mph (1,220 km/h), with acceleration forces of 0.5g. That’s faster than commercial flights in operation. The lack of resistance allows for much of the journey to be spent coasting, with no need to constantly supply drive power.

So it seems that Hyperloop has air travel beaten on speed and efficiency – but what about destinations?

A Hyperloop station can be built underground or overground, in the middle of a city or the fringes of a town. It would be more convenient to hop on and off a train than to navigate airports and get transfers to your destination.

But stations require massive changes to infrastructure and supply – and might not even be physically possible in some places. The vacuum sealed tunnels present a huge problem for loading and unloading passengers without allowing air into the system. And can the system work internationally or through oceans?

Apparently not – well at least not yet. A transatlantic Hyperloop tunnel has an estimated cost of $12trillion and build time of 100 years.

So for crossing oceans, it looks like sea and air travel are the only ways for at least another 100 years – unless we’re in space by then (more on that later).

All Hype and No Loop?

Some argue that Hyperloop will follow the path of Concorde: technically brilliant, groundbreaking and iconic – but ultimately a losing game. The challenges facing Hyperloop go far beyond airlocks and undersea tubes.

The vacuum chamber required for Hyperloop to work would be the biggest ever built, by a long way. At speeds teetering on the edge supersonic, crashes would be catastrophic: a breach in cabin pressure would kill any survivors within minutes, and reaching them in a sealed steel tube would be difficult at best.

Even though all the technology exists today to make it possible, the costs in developing, building and maintaining Hyperloop would be astronomical – up to $121 million per mile, far beyond the initial estimates of $11.5 million per mile. Hyperloop might end up being a small, one-off experiment with no commercial return. As a technical exercise, it would be wonderful to push the technology into reality, but as a commercial venture, it may never be able to compete with airlines.

When Elon Musk, the world’s favourite billionaire, presented the idea of Hyperloop, he already had ambitions for the stars. Beyond using a low Earth orbit (LEO) for a speedy, 90 minute lap of the planet, Musk is pretty serious about sending people to Mars.

But let’s say we do get to Mars and start calling it home – how will we get around? With an atmosphere 1% as dense as Earth’s, Mars would make a perfect natural Hyperloop chamber. That same atmospheric density makes flying an Earth plane on Mars totally impossible – but there are designs for Mars aircraft which could make flying from A to B possible with exceptionally large wings. The reduced gravity would certainly help overcome some of the challenges of flying in thin air – and while Mars is a windy place, it’s really not as violent as movies would have us believe.

Flying to space could be as common as flying from airport to airport within a decade – at which point, we’ll try our hand at making the first real-time spaceflight tracker. And who knows, we could one day be writing this on the Plane Finder Mars blog!

Keep Your Eye on the Sky

Track the future of aviation with Plane Finder – the real-time flight tracker. Our iOS and Android app puts flight tracking at your fingertips.