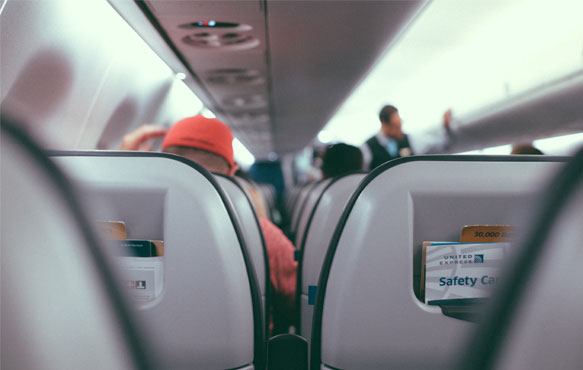 It was announced this morning, after a following announcement by the US, that the UK government has introduced a cabin ban on large electronic devices on several flights from specific countries. These devices until further notice will only be permissible in the hold.

Eric Swalwell, a Democratic member of the House Intelligence Committee, told ABC News that the US ban is a direct reaction to “a new aviation threat” sparked after several credible sources have reported that IS are working on ways to smuggle explosives onto flights via hiding them in large electronic devices, such as laptops.

Currently, phones and personal medical devices remain unaffected. Tablets is a greyer area, with the ban being dependent on size; “nothing larger than a smartphone.”

Chris Grayling, the UK’s transport secretary, has commented on the UK’s cabin ban and said that “we understand the frustration that these measures may cause and we are working with the aviation industry to minimise any impact,” and that the UK Government’s “top priority will always be to maintain the safety of British nationals.”

While this electronic ban only applies to direct flights to the UK and US, Government sources suggest that it is likely that other European countries are also considering the implementation of similar restrictions.

To stay on top of this story, use the #electronicsban on twitter for all the latest updates.

Using Plane Finder’s dynamic flight tracker, you can easily track any of these cabin ban affected flights via our live interactive map from either the outbound or inbound airport.

On our flight tracker, if you select either airport – by searching for a specific location in the Plane Finder smart search bar – Plane Finder will display the live departure and arrival boards. If you then know the exact flight route you wish to track, you can click on that flight directly. This will pull up all available information on that flights, from aircraft, speed, altitude, direction and more.

You can download the Plane Finder Flight Tracking App from the App Store or via the Play Store for ‘on the go’ flight tracking. This is fully equipped with an augmented reality experience, which can pick out and name any plane flying near you at any given moment!