We’ve had reports of two people being aprehended at the UK’s second busiest airport, London Gatwick for running onto the runway!

London Gatwick only has a single runway and despite being the UK’s second busiest airport it ranks high up on the lists for traffic levels despite only having the single runway.

We have little details except that all aircraft on the ground were made aware of the incident due to possible delays to take off and landing slots.  As it turns out the incident was brought under control very quickly and the two people aprehended.  The incident occurred just before 10am UK time and no flights have had any noticeable delays!

Mark Daniels was at the airport and reported the following. “The captain came over the cabin intercom and said that the police had apprehended two people that ran onto the runway, crazy!”.  Mark also managed to capture the following photos and video of the incident. 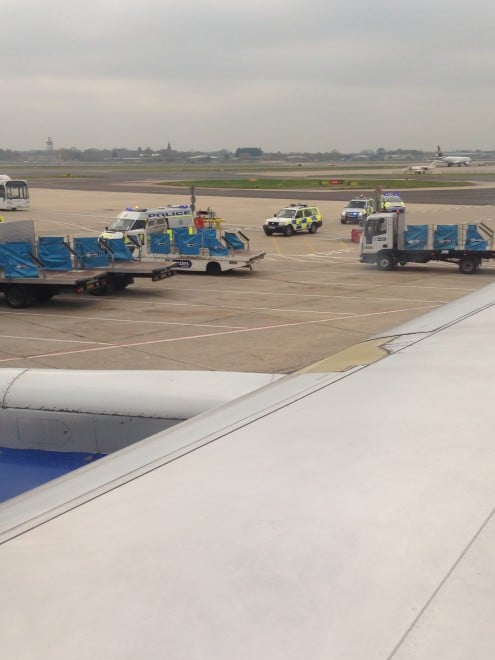 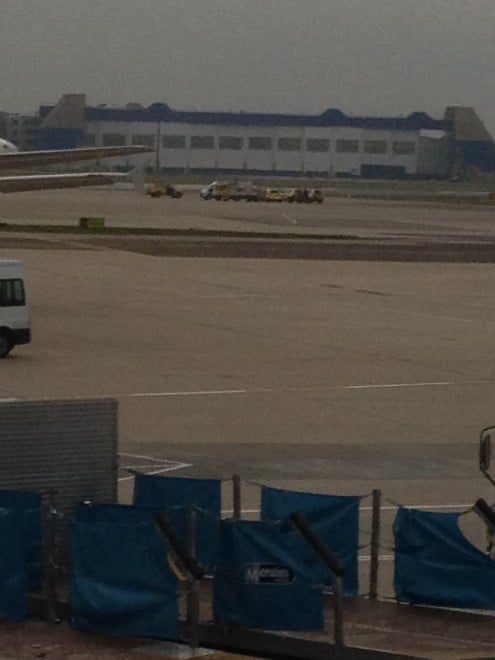