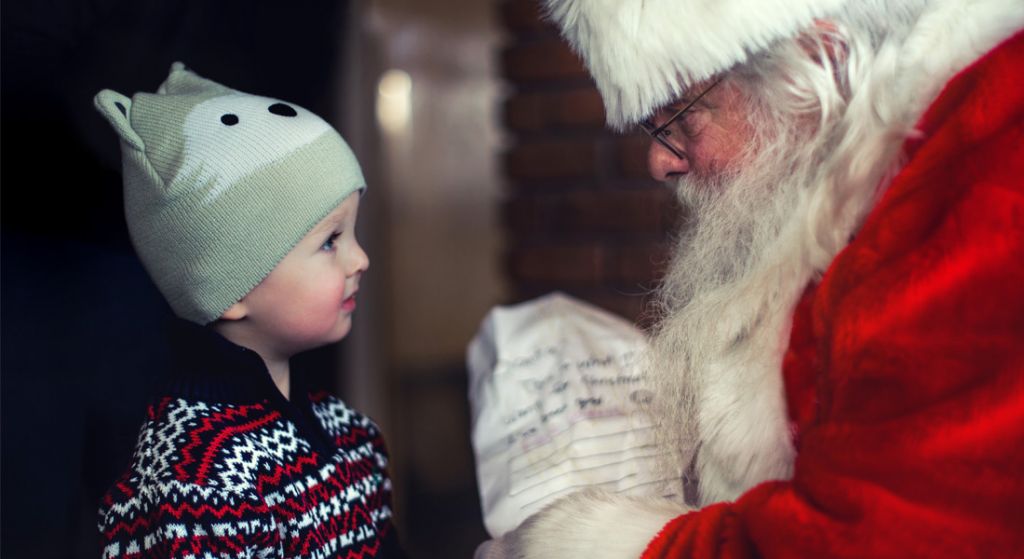 It’s time to crack open the mince pies, hang up your stockings and be on your best behaviour: because Santa Claus is coming to town! Every year, we track Santa on his busiest night of the year as he whizzes from rooftop to rooftop, town to town and country to country. Using Plane Finder, you can track Santa’s route – just make sure you’re tucked up in bed before he flies over your hometown. After all, he knows when you’re awake!

Track Santa here on Christmas Eve, and see where he’s off to next.

How Does Santa do it?

We all know that Santa’s not working alone. Christmas Elves are some of the hardest working and most intelligent creatures in the whole universe. Santa’s reindeer are strong, determined and (most importantly) full of magic.

Santa’s workshop and stable are busy year-round, making and developing gifts, keeping the reindeer fit and monitoring all the children in the world. Everything’s run and coordinated by Santa (who, according to all elves, is the best boss in the world).

The most important thing to remember here is that magic, not facts and figures, is responsible for Christmas Eve going off without a hitch. Santa’s sleigh and reindeer doesn’t need to abide by the rules that rest of the world’s flying machines do. Deliver every gift to every child in under 32 hours? No problem for Santa. Hauling a mass of just under 3.5 million tonnes? Easy peasy, when you’re the most magical person in history, with the greatest team of elves and reindeer ever assembled.

Santa’s North Pole village is actually a town, run by Santa and the elves, and the occasional visitors and helpers that make the town run smoothly. The population is around 100,000 elves, reindeer and people. There’s lots to do year-round, just as in any busy town, but the heart of the town is Santa’s workshop.

It’s a pretty amazing place, with toy making machines, specialist elves, plenty of magic and enough wrapping paper to reach from the earth to the moon 10 times over!

With meticulous planning, the workshop runs on a mixture of magical automation and elf power all year round. Presents are made, sorted and stored on site, while preparations are made for December 24th. When the big day comes along, the sleigh is prepared and loaded for a strategic delivery.

Santa’s sleigh is a classic, ornate wooden sleigh. It’s not oversized or modified in any way, and has remained the same since it was built around 1,700 years ago. Things like time and space, which are so important to us, aren’t too significant to Santa and his sleigh. The sleigh is of standard size and weight, yet can hold over four Empire State Buildings-worth of presents in one go – and even more.

Because of the magic spell on the sleigh, it’s as big as it needs to be inside (imagine a giant warehouse, with all the presents sorted by their delivery time). From the outside, it’s the same size and weight as it’s always been.

Before rockets, jets and propellers, animals were the only ones with the power of flight. Winged insects, birds and bats are all examples of non-magical creatures that can fly. Under the right spell, any animal can fly – including reindeer. The sleigh is powered by Santa’s beloved flying reindeer, who are among the most powerful magical creatures in the universe.

One of the three fastest reindeer. Dasher holds the pace of the herd, but loves it when they get to go at top speed.

Agile, swift and graceful, Dancer moves the herd in the right direction with plenty of style, under the direction of Cupid.

Lucky beyond any charm, Vixen helps everything run smoothly every time. Nothing ever seems to go right without Vixen on board!

Extremely fast and smart-witted, Comet is one-third of the sleigh’s powerplant, led by Dasher.

The herd’s Patriarch, Cupid, is strong-willed and decisive. Cupid is an excellent navigator, loved and trusted by all the reindeer, and second in command to Santa.

Blitzen is the very fastest of all the reindeer. Blitzen and Comet are on hand to put maximum power down when it’s time for a boost.

The lead reindeer, Rudolph lights the path with his glowing nose – which lights up the world in invisible light, helping guide Santa and Cupid through snow, cloud and darkness.

Want to track Santa as he flies through the air? Use Plane Finder to plot his path all over the world! Our iOS and Android apps let you track the reindeer and sleigh from anywhere.