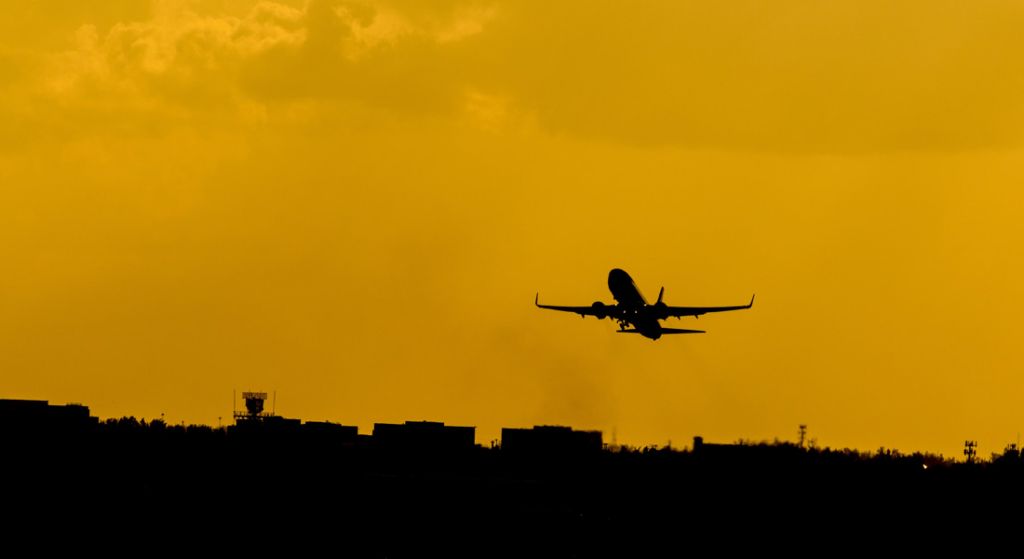 Hothouse Earth is the new name for global warming, AKA the greenhouse effect. It’s the latest piece of publicity attempting to kick the population into caring about the horrors of climate change. What is the impact of air travel on the environment, and can we do anything to stop it getting worse?

It’s Happening – the Planet is Changing

Of course, the end of the world was always inevitable – but nobody thought it would come around so soon. If that seems alarmist, then read this – because you’re probably not alarmed enough. The recent global heat wave is a preview of what could (and likely will) come to be the new normal.

Unlike previous warming and cooling periods in human history, the planet is changing rapidly – in planetary lifetime terms, practically overnight. Average global temperatures are reaching new records. Our skies are full of carbon dioxide, nitrogen oxides and methane. Urban air quality is lethally poor. It may well be too late to turn it around – even if we really wanted to.

“We” in this case refers to industry. Sometimes, individual consumers can make choices with what they buy and use. Collectively, they can change demand in the market and make polluting or harmful products unprofitable. However, the majority of people don’t have a choice; they don’t have the buying power to influence change.

Ultimately, it’s manufacturers, businesses and policymakers that have real control and the ability to make changes. The buying power of individuals is indeed powerful – but it invariably offsets one problem with another.

What’s your personal environmental impact? See how big your carbon footprint is.

Right now, refined oil is the only available power source for planes. Electric planes are in development, but they’ll be charged from the grid or an independent power supply – electricity generated by burning fuel. Consumers have to choose between travelling on dirty power or not travelling at all.

When it comes to atmospheric pollutants, carbon dioxide (CO2) is public enemy number one. It’s the vilified gas that caused the runaway greenhouse on Venus. So much of the public focus on becoming greener centres around reducing the output of CO2 – which is just one byproduct of burning fuel. Globally, humans pump out 1,166 tonnes of the gas every second – the weight of 700 cars, blown up into the air, every second of every day.

Commercial planes are estimated to be responsible for only about 2% of the global CO2 output. That might be true, but kerosene-based jet fuels output plenty besides carbon dioxide. Compared with the refined petrol that goes into cars, kerosene burns dirty.

There are nitrogen oxides and vapours produced in contrails which are atmospheric pollutants, too. Even if the quoted 2% figure isn’t an underestimation, that’s massive for an activity only accessible to an estimated 6% of the global population, most of whom are not frequent flyers.

The additional chemicals beyond carbon dioxide produced by burning jet fuel significantly increases the overall impact of aviation on the environment. So, if we eliminate fuel, would we be able to end the influence of aviation on the climate?

The act of flying itself, when accounting for the pollutants beyond carbon, is a major contributor. But when compared with food production and power generation, it accounts for very little – until you look at the industry as a whole. Commercial aviation falls under a different bracket, because while it only takes fuel to fly a plane, it takes an awful lot more to build one.

Major airports are more like cities than transit depots, devouring energy non-stop. For airports to work, people need to access them, adding traffic to roads and more train routes.

According to Tilman et al. (2014), global agriculture and food production emits over 25% of global greenhouse gasses. Emirates alone makes 180,000 meals per day, and imports ingredients to a production facility in Dubai from all over the world.

The supplementary processes of airlines add up to a colossal carbon footprint.

And the future looks pretty bleak.

There might be some hope. By carbon offsetting (planting CO2 absorbing trees), impact can be reduced – but it won’t make a difference if the number of air passengers continues to rise. Biofuels could reduce the overall burden on the environment, as could more efficient airframes and engines. Air Traffic Control at some airports could be made up to 30% more efficient.

Electric planes are still too far away to help, and manufacturing them could be even more damaging than good.

But it could be all for nothing if the number of flights continues to rise – more efficient flights won’t make a difference if there are 50% more of them.

The only thing that can really help is a change in mindset from the people who can control markets with their buying power. Air travel has become a symbol of lifestyle and status for the Instagram generation – and besides that, holidays are just nice. It’s going to be very hard to wean people off flying, because it’s amazing and liberating. But the way it’s become so accessible has been a curse on the Earth.

It might hurt to hear it, but the only way to save the world we want to travel around might be to stay at home.