Passengers are back in the UK after a frightening cabin pressure incident on a Ryanair Flight from Bergamo, Italy to Nottingham, England.

The incident occurred shortly after 09:00 GMT (10:00 UK/UTC) when passenger oxygen masks dropped from the overhead compartments with the aircraft at 30,825ft.

Following the alert the aircraft, a Boeing 737-800, made a rapid decent to 10,000ft as is common practice in such incidents.

Plane Finder users will have seen this incident at the time if using our app alert notification system or if following @planefinder7700 on Twitter.

The aircraft diverted to Frankfurt where it made an emergency landing.

You can see the incident here on Plane Finder 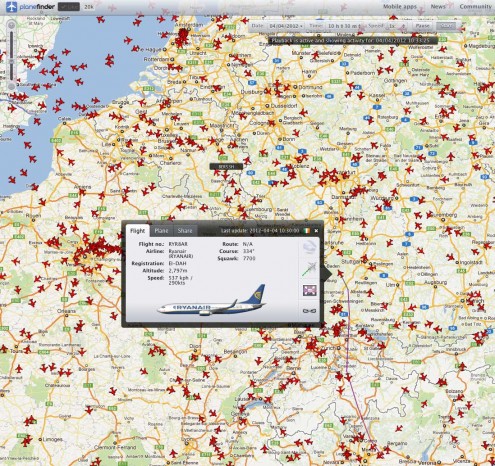