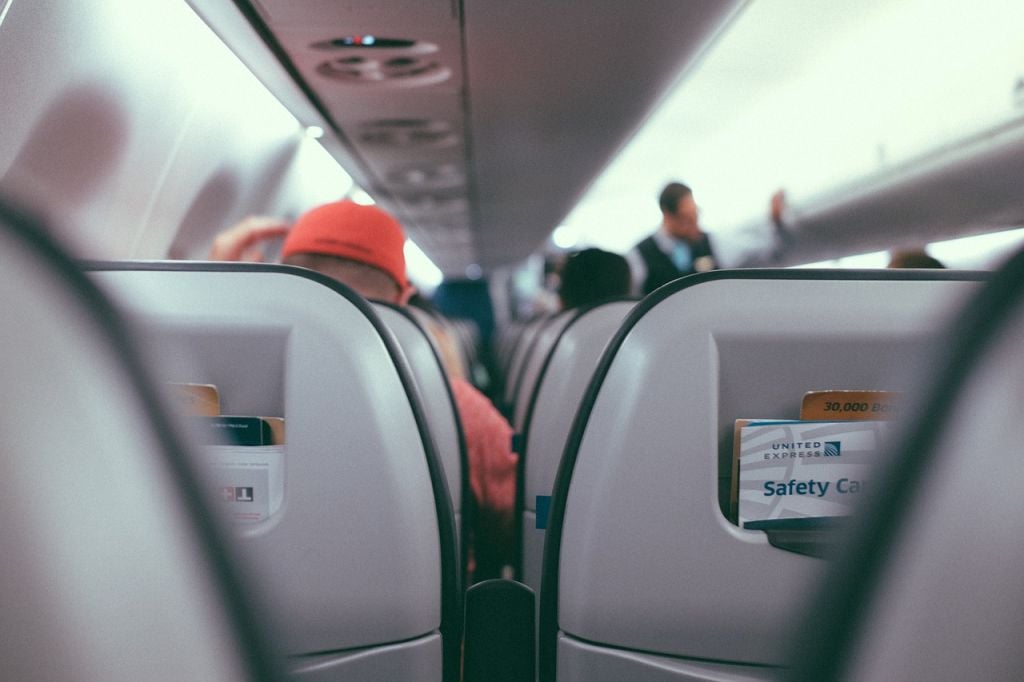 Next time you fly, you might want to pack some hand sanitiser and wet wipes. And maybe wear a hat.

You’ll probably want to wash your clothes and have a shower as soon as you get to your destination, too – because the dirtiest places on planes are pretty much always touching you.

CBC has published the findings from an analysis of 100 samples, taken from 18 flights in Canada, to show just how dirty an airliner cabin can be.

It’s pretty gross, so hold your nose – we’re going in.

The Dirtiest Place on a Plane? The Headrest

With the highest aerobic bacteria count of anywhere on board, the headrest on your plane seat is the grossest place on the aircraft. That’s right – even more bacteria were found on the headrest than on tested parts of the toilet.

Haemolytic bacteria, like E. coli and Streptococcus, were discovered in the fabric; these are harmful microbes that can do serious damage to people. Try not to rub your eyes, at the very least. Kids tend to nibble on everything, so try to discourage any headrest nibbling behaviours.

Reaching to grab a sick bag? Already? Well, you’re definitely going to need it now. That pocket in front of you (the one with the sick bags in it) gets stuffed with some nasty stuff – and is rarely cleaned.

Tampons and dirty nappies have been found by flight crew during cabin turnaround, tucked into seat pockets – which explains how the researchers traced human faeces in the fabric. A high amount of mould was found, which indicates poor and/or infrequent cleaning.

Don’t Eat Directly Off the Tray

The tray in front of you is a mould-laden affair, with a little strep bacteria mixed in for good measure. An upset tummy is a very real possibility after touching the tray and eating food, but try not to rest on it too much either; you could get skin infections.

Every component of passenger seating tested positive for bacteria, mould or yeast – even the seatbelt.

Why are Planes so Gross?

Simply put – they aren’t cleaned often or thoroughly enough. At the end of each flight, crew have only 15 minutes or so to clean the aircraft before the next passengers board – leaving just enough time to tidy up, have a quick whip around with a bin bag and maybe get a vacuum cleaner out.

Some airlines might have dedicated cleaners for turnaround – but they won’t get any more time. Deep cleans don’t happen very often, allowing mould to develop in the dark recesses of seat pockets and the folds of the fabric.

Well, maybe just a bit. This was a sample of only 18 flights: hundreds of thousands of flights operate each day. And if you were to compare the cleanliness of other types of public transport, or even your own car – you’d probably be just as disgusted.