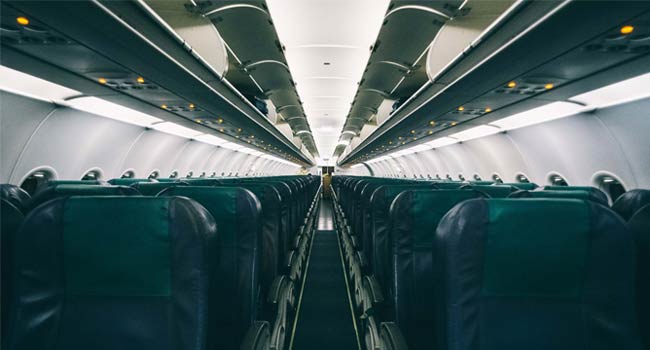 Today, with commercial and privately flown aircraft, autopilot technology already does most of the piloting and can be used to guide, direct and land an aircraft even in the most challenging weather conditions.

In some regions it can even be argued that autopilot technology is more in control of the plane than a human pilot is:

“In the US, airlines require pilots to maintain manual oversight and control. Asian carriers require pilots to use autopilot as much as possible… Asiana prohibits the first officer from landing the plane by flying it, it must be automated…The captain is prohibited from manually flying above 3,000 feet,” says Douglass Moss, an aviation consultant for AeroPacific. (From Wired article.)

The widespread use of autopilot technology shows that, as Boeing’s VP of Product Development, Mike Sinnet, states, “the basic building blocks of the technology (autonomous aviation) clearly are available” already. But is it really all now just a matter of time until we see pilotless airliners take over our skies?

Why go pilotless? Is it that simple?

So why go pilotless in the first place? Can technology really beat human decision-making and reactions?

The main drive for pilotless technology is to fill a void; a void of pilots. Airlines have in fact a projected and combined need for 41,000 new jet planes and far greater a number of pilots over the next 20 years, according to Reuters.

Already functioning Flight Management Systems (FMS) consist of computerised technology that rely on a sophisticated network of sensors to continually assess and adjust the speed, rate of climb, pressure, direction etc, allowing the pilot to relax. This ‘relaxation’ can be key, especially on long haul flights that would otherwise see pilots concentrating for an unimaginable length of time.

However, whether or not there will ever come a time where planes will be entirely pilotless is a different matter. “Every pilot can think of probably a dozen times, when you know the plane needs to go down, you think the plane knows it needs to go down, but for some reason the autopilot and the FMS have a different idea,” continues Moss. (From Wired article.)

The complexities of the autonomous aviation Vs. human directed aviation is personified by Airbus and Boeing taking contrasting positions. Where Boeing favours human dictation, Airbus requires its planes to be guided by automated systems unless overridden by a pilot in an emergency.

This being said, interestingly, Boeing are in fact leading the way in pilotless technology having tested such a system this summer in a simulator and intending to test the first pilotless plane next year.

Boeing’s somewhat confusing stance on the debate can be translated as an appreciation for the need for pilots to remain in control, partly as a means of practice. This seems ever more important especially when viewed against the grim backdrop of 2009 where a plane crashed and killed all 228 passengers aboard due to a rapid autopilot failure, to which the cockpit crew were not equipped to deal with.

As we have seen in recent years, drone technology has taken off in a big way. No longer a new and scary idea, driverless vehicles too are starting to appear on our roads. Why then should pilotless aircraft seem so groundbreaking? Put simply, it isn’t.

All the technology for autonomous aviation is already in use and readily available. However, where the real challenge lies is in creating appropriate algorithms to align this autonomous technology with stringent health and safety regulations that all aircraft and airlines are subject to.

What will in all likeliness happen is that Boeing will be pipped to the post by Airbus who are investigating autonomously flying cars as opposed to larger and more passenger heavy crafts with the aim to roll these out wide-scale by 2021. Beyond this, what form pilotless airlines will actually follow is yet to be seen, and one, which, over the next few years will gradually become clearer.

Although we are going to have to wait a year for Boeing to officially test the first pilotless flight, when the moment does arrive, be sure to track the flight’s progress with Plane Finder’s dynamic flight tracker.

In the meantime, you can download the leading flight tracker app here, or alternatively get in touch with us for more information how to track international flights in real time.