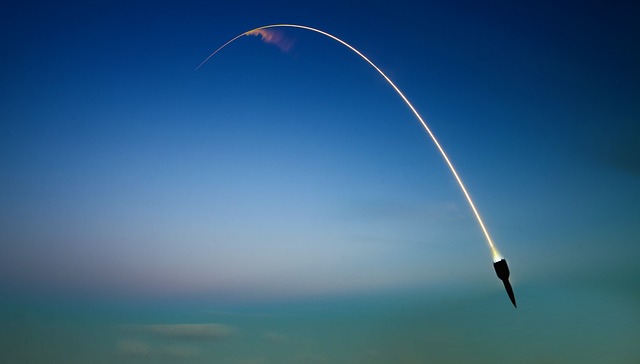 Missile testing around North Korean airspace has dominated recent headlines. The United States may be confident that a nuclear war with North Korea would be won easily – but Japan, given its history and proximity to North Korea – feels far less secure.

In amongst the international tensions are the fears of individuals, particularly air travellers. Are we one North Korean missile test away from a mid-air, commercial flight disaster?

Are Passenger Planes at Risk?

Simply put – yes, there is a risk, albeit a small one. Flights in Japanese airspace have already felt the panic brought by Pyongyang’s missile tests, which have come completely out of the blue.

Usually, missile tests by other countries are announced well in advance, in order to vacate airspace and ensure safe passage for aircraft in good time. The North Korean military has been carrying out missile tests with no prior warning. That’s where part of the risk comes from – other than those involved, nobody knows when a launch will happen, where it’s pointed or what the missile’s flight status is until it’s in the air.

The sketchy performance history of North Korean missiles is another issue to contend with. The Hwasong 12 ballistic missile (the same kind used in the September 15th test over Japan) currently has a 50/50 success rate. Drastic changes in flight path or a loss of control could cause a mid-air collision with aircraft. Debris raining down from a controlled explosion or a malfunction pose a threat.

For some peace of mind, let’s put this into perspective to demonstrate how small the risk is.

Even the largest commercial aircraft, the Airbus A380, is a dot in the sky – adrift in the sprawling expanse of the three-dimensional space between here and the stratosphere. The Hwasong 12 is tinier still. Even in the most ideal conditions for impact, the chances of a collision occurring are very, very small.

Still, it’s a risk that some airlines aren’t willing to take. Air France rerouted all flights to avoid North Korean airspace entirely, after a close scrape with the crash site of the previous missile test. Lufthansa has adjusted the routes of all of its lines sinceSeptember’s missile test, stating that is is “purely as a precautionary measure”.

So far, these missile tests haven’t amounted to any strikes, casualties or damage. Is North Korea simply flexing its military muscles, or are its leaders genuinely provoking the proverbial bear?

A climate of military paranoia can put entire nations on edge. Still in recent memory, Flight MH17 was tragically shot down as it flew over Ukrainian airspace. The commercial passenger flight, occupied by 298 people in total, was shot down with a Russian-made missile during the height of the Ukrainian Revolution of 2014.

It’s thought that pro-Russian rebels shot the plane down after mistaking it for military. It still isn’t clear if this is true; three other planes were flying nearby at the time of the shooting. Why MH17 would have been singled out is unclear.

In increasingly tense times, everyone’s eyes are on the skies over North Korea.

As the world watches Kim Jong Un trade blows with the international community, you can use Plane Finder to watch flights travelling through (or avoiding!) North Korean airspace.

To view any aircraft’s progress, departure and arrival time – head over to PlaneFinder.net or download the iOS or Android app now. Our dynamic software allows you to search via airline, flight number or airport to select the flight you are after, where you can access all available information around that particular flight.