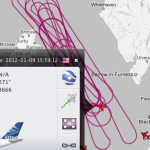 Turns out this was the Royal Air Force’s new air to air refuelling tanker in testing! Apparently, there were also a couple of Eurofighter jets there too as part of a full test!

See the flight for yourself by tracking it on Plane Finder. Why not increase the playback speed to 120x as it was up for some time!

In March 2008, the UK government placed an order for 14 Aircraft in a 27-year deal to provide air to air refuelling capabilities. The deal is a private finance initiative where the AirTanker Consortium will own and operate the modified Airbus A330 aircraft for the role. They replace the RAF’s ageing Tristar and VC-10 fleet currently in service!

More testing will happen over the coming months we are sure as they were due to enter service at the end of 2011!

So why not set an alert in the iOS apps and be alerted when it is testing next so you can see for yourself! 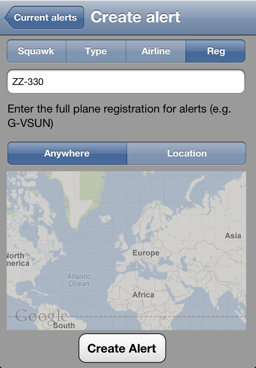