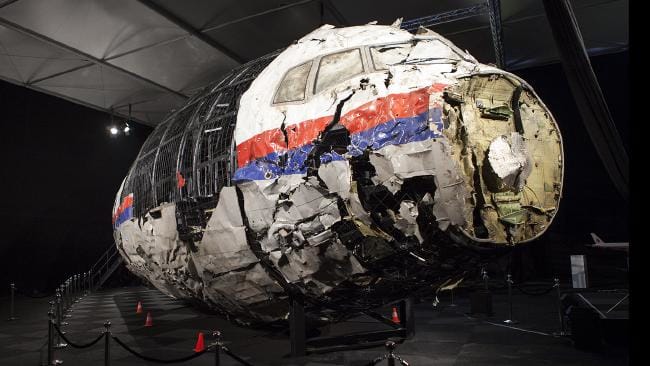 On the 17th July 2014 Malaysia Airlines Flight MH17 from Amsterdam to Kuala Lumpur, Malaysia, was downed over eastern Ukraine. All 298 passengers and crew were killed, sparking media frenzy across the world. There were 30 nationalities onboard, including 186 Dutch, 42 Malaysian and 27 Australian nationals.

The plane, a Boeing 77-200ER aircraft, registration number 9M-MRD was built in 1997 and had been in service for 17 years. This type of aircraft was also the same model as the still missing Malaysian Airlines MH370 that disappeared in March 2014.

Original news reports claimed that plane was shot down by a surface to air missile by the Russian armed forces. In the last few days this theory has been confirmed as the truth by investigators.

The route flown by MH17 on the 17th July can be seen below.

At the point that MH17 stopped emitting data, it was flying at 33,000ft over the conflict zone in Ukraine.

MH17 flight tracking history
MH17 departure playback
You can download the final tracking data we have for this aircraft here:

This incident prompted an investigation by an international team of investigators. The investigators looked into every aspect surrounding the crash, from debris right through to tapped phone calls of Russian military and local witnesses.

The investigators painstakingly reconstructed the debris from the plane to understand where the majority of the damage was received. The patterns seen suggested a strike by a missile from below, which was later confirmed after finding remnants of the missile in the crash.

Photographs sourced of the Russian 53rd anti-aircraft missile brigade not only showed it returning to the Russian border without one of it’s four missiles hours after the plane was shot down but also that the serial numbers and distinctive markings matched the missile discovered in the wreckage.

Additional evidence was investigated which also point towards the 53rd being the cause. A recording released by Ukrainian officials shows a panicked Russian militant saying that MH17 was shot down in error, believing it was a military plane, not a commercial one.

“It was 100 per cent a passenger aircraft,” he can be heard telling a superior. “There are civilian items, medicinal stuff, towels, toilet paper.”

The official investigation has concluded now, but criminal proceedings are still ongoing to identify the suspects involved in launching the missile along with who orchestrated the mission.

The future is still uncertain in regards to prosecuting the people responsible for this aeronautical atrocity. Julie Bishop, Australia’s foreign minister wrote:

“That a sophisticated weapon belonging to the Russian army was dispatched and used to shoot down a civilian aircraft should be of grave international concern. We are discussing these findings with our partners and considering our options.”

In 2016, Dutch prosecutors confirmed that 100 “persons of interest” have been identified during the investigation, which they have recently amended down to several dozen currently. Dutch, Australian and Malaysian officials hoped to release these names to the public in 2017, but they are still under investigation.

Once the suspects have been identified, they are likely to be tried in absentia in the Netherlands after Russia blocked a UN Security Council resolution seeking an international tribunal.

This incident will have a worldwide impact; already a large number of air carriers are refusing to fly over Ukrainian airspace as the International Civil Aviation Organisation warned governments that there was a risk to commercial passenger flights over South-Eastern Ukraine. The repercussions on international politics and Russia’s standing in the global community are still unknown.

Our thoughts are with the family and friends of all the passengers and crew of MH17 and anybody affected by the crash.