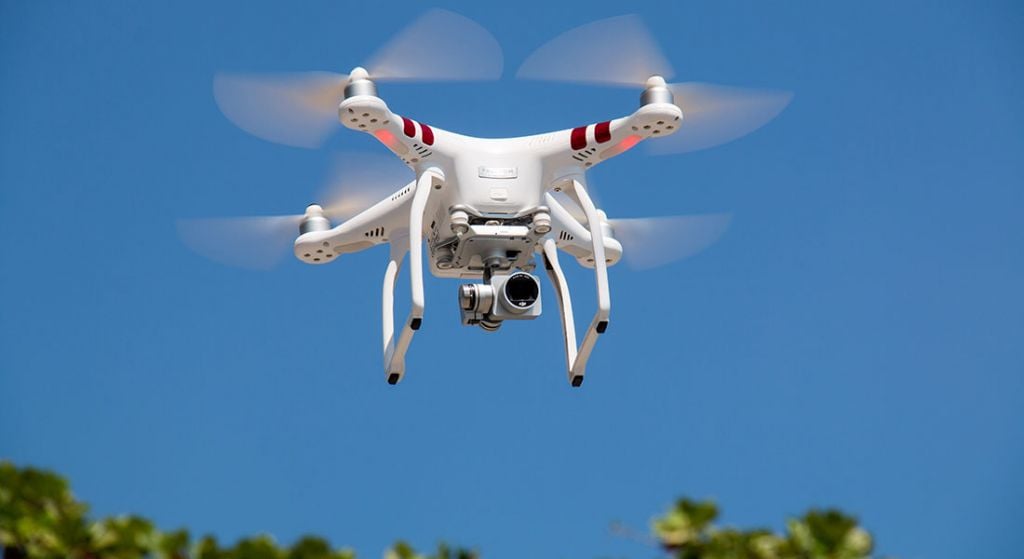 Just a few years ago, consumer drones were fuelling horror stories about how they impacted our safety and privacy, the freak public accidents they’d caused – and how they were being used to ferry drugs over borders.

Drones were a menace, threatening airports and elected officials. The only uses reported in the news were downright evil.

And that’s probably because of where consumer drones came from. The military’s once top-secret UAVs had been spying on the world and blowing things up from afar, decades before you could buy their tiny remote controlled kin as Christmas stocking fillers.

Maybe it’s a branding problem – after all, RC helicopters had existed for decades before, and are essentially the same. “RC helicopter” isn’t a very threatening name. But the word “drone” is riddled with negative connotations.

Drones enjoy a slightly better reputation today, as helpful tools for common tasks – or harmless toys for entertainment. But make no mistake; drones have had a profound impact on the world we live in.

They could change everything about how we live.

Drones in the Military

Like most things in human history, drones were weaponised first. Spying and recon are a lot safer when there’s nobody flying, and much cheaper than developing spy planes like the Blackbird.

They’re not just good for spying, though. Drones are deadly. Since unmanned combat aerial vehicles (UCAVs) were first known to be in use, civilians have regularly been caught in their crossfire. UCAVs are big and fearsome – the harbingers of death and destruction.

They’re still in use, and still controversial. The invention of killer drones might be the biggest development in the history of military aviation (or all history, if you believe the future of A.I. is to wipe out humanity).

Consumer-type drones have been adopted by the military, too – ground troops use UAVs to scope out unchartered territory, which are still small enough to fit in a pocket.

The transition from deadly weapon to commercial toy has only happened in the last decade. Drones have become smaller, quieter, more agile and most importantly – cheaper. £40 buys a working drone with a camera (although it might not be very useful) – but a “proper” drone with extended range, computer controlled stability and professional applications could cost tens of thousands.

Drones seem to be in every industry – even the production of our food. Farms now use drones to detect weeds and poor yield, to see where herbicides and fertilisers need to be added.

In 2016, Amazon trialled a drone delivery service in the UK. It was heavily limited and restricted – because for now, drones are just too prone to sabotage.

Even if the ultimate delivery dream isn’t yet alive, photography, filmmaking – and drone racing – are now pretty routine activities for drone pilots.

It’s not just creative industries benefiting from the drone boom. Transport for London (TFL) has the go-ahead to use drones to support maintenance work across London Underground networks. Construction firms now use drones to survey sites.

Environmental and scientific researchers are increasingly turning to drones for data capture, using them to monitor pollution levels, climate change and to investigate hostile environments, like volcanoes.

There could be a sinister side to the civic application of drones: invading privacy and aggressive crowd control spring to mind as two unpleasant, dystopian possibilities.

So, Are Drones Dangerous?

The key focus of drones in recent years has been safety.

The ethics behind technology are constantly being challenged. The emergence of drones as consumer playthings has changed things substantially. New laws were implemented across the UK in July 2018 with tighter restrictions, particularly around airports, to prevent drones from causing harm.

The ‘Drone Code’ now states that UAVs weighing more than 250g must be registered with the Civil Aviation Authority, with a penalty of up to five years in prison for anyone who breaches it. If you own a drone, you now need to complete a drone safety awareness test to prove that you understand UK safety, security and privacy regulations.

Drones are as dangerous as cars – even with the most benevolent of intentions behind them, accidents can and will happen, whether the operator is licensed or not.

They can be misused and weaponised. But they can be used for so much good – and that’s what we hope the technology will continue to be used for.

Plane Finder – Your Eye in the Sky

Plane Finder uses real-time flight tracking to monitor planes in the sky right now. And with our playback feature, you can turn back the clock on any flight in our huge database – all the way back to 2011. Available for iOS and Android.