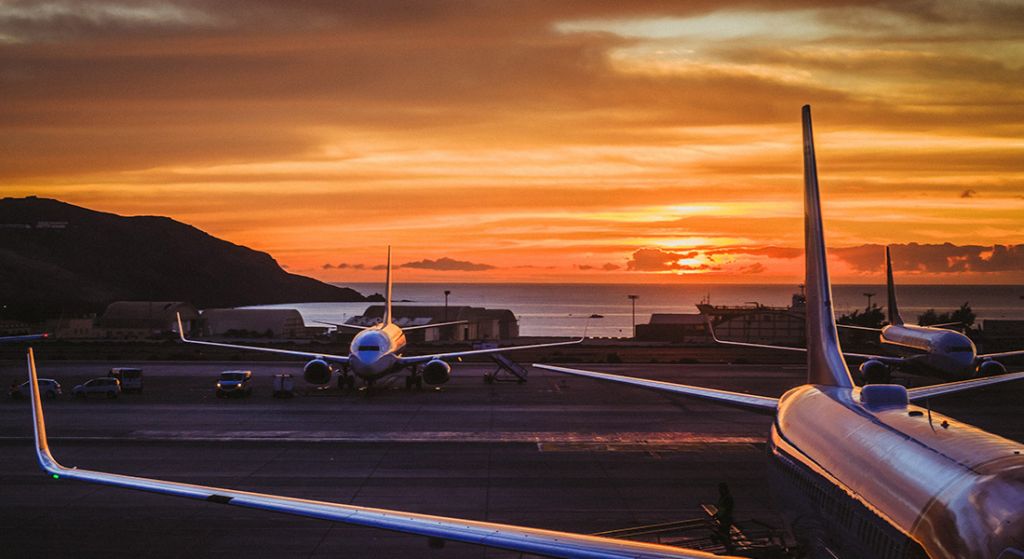 Airports are getting bigger and busier. Advances have been made across the aviation industry, with new routes and better in flight experiences – but what can we expect airports to be like in the future?

Despite the ever changing needs of customers and cities, airports have remained pretty much the same.

As air travel becomes accessible to more people, particular passenger types emerge – with specialised transport needs, taste preferences and spending habits. Airports generate as much of their revenue from passengers as they do from airlines, so their goal is for people to linger and spend more money.

Airports are a little behind the world’s cultural evolution. Still, we can expect to see impressive advancements in personal experiences soon.

Airports are starting to add more choice, to cater to a wider variety of consumers – more places to eat and drink, more shops and places to sit. While there’s always a danger of overwhelming people with choice, good design can keep things calm.

Some airports are destinations in their own right.

At South Korea’s Incheon International Airport there’s so much entertainment – including a movie theatre, golf course and ice rink – that you won’t even need a holiday.

Hong Kong International Airport hosts an impressive Imax 3D/2D cinema – the largest in the region, with seats for 350 people.

And Vancouver Airport has jellyfish and indigenous sea life in its massive aquarium. There’s even a choice of luxury treatments at the airport spa.

But what if all that’s not for you? What if you just want to get where you’re going?

If flying is futuristic, then airport transfers are comparatively prehistoric. Trains are slow and out of date, and roads are almost always congested when approaching airports.

Hyperloop could transport people and freight between airports and cities in minutes rather than hours. It’s a vision of the future, using ideas from the past – supersonic underground trains will travel through a near-vacuum, reaching incredible speeds.

In Australia, Hyperloop is set to create a super-regional economy along Australia’s East Coast. A proposed route would connect three states, territory capitals and regional centers in Victoria and New South Wales – as well as Melbourne, Canberra and Sydney airports.

Have you noticed the new camera arrays in busy airports and public transit hubs? That’s facial recognition technology in action – looking for faces. Fingerprint recognition equipment has been in use in some airports for years, but facial recognition won’t need any interface to work, making it much faster.

In Boston, JetBlue has been testing facial recognition equipment to match passengers with their passports and visa photos.

Australia’s Department of Immigration and Border Protection is proposing to replace passport control with biometrics, too.

Dubai International Airport plans to install a tunnel fitted with 80 facial recognition and iris scanning cameras to capture biometric data from everyone passing through at once.

That all sounds a bit dystopian and scary. We’re sure they won’t use that data for anything unscrupulous though.

An Explosion in Expansions

Airports are running out of room to grow, while the number of global passengers snowballs. Major global airports have already reached capacity. In spite of significant public protests, we should expect most major global airports to expand to meet demand through the early 2020s.

Successful airports coordinate their expansion plans with the development goals of the location they serve. Growing airports and cities together is the best way to satisfy passengers and residents – but friction can’t be eliminated, even with the most well meaning of governments enforcing expansion.

Electric planes could slash aircraft emissions to almost nothing – but electrical power generation is dependent on hydrocarbons, too. Even if electric aviation technology was ready, airports today just don’t have the infrastructure.

Giving more power to airports to charge up planes means more dirty fuels must be burned to generate power. A localised, airport-only power supply would almost certainly be required. So, what power options are there?

Wind turbines on an airfield are counterproductive. Solar panels could be used – but they’re inefficient and require huge amounts of space to work – not to mention lots of sunshine.

Nuclear power is relatively clean, assuming nothing goes wrong. If something does go wrong though, everything dies.

Radioisotope thermoelectric generators (RTGs) use radioactive material (like plutonium) to generate electricity for spacecraft. They are insanely heavy, expensive, hot and dangerous.

Nuclear power seems outlandish, but new types of nuclear power are emerging that are perfectly safe. Power outputs are low, but there’s a lot of potential for steady charging points for vehicles.

It could be the last piece of the puzzle in generating constant, clean power.

Get Our Flight Tracking App