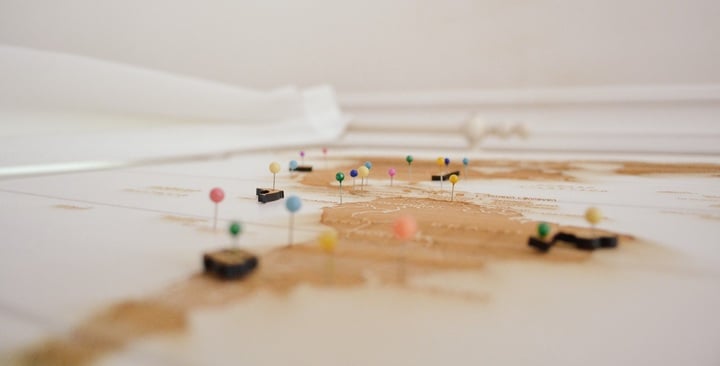 It is via an ADS-B Out transmitter that this system periodically broadcasts an aeroplane location, ground speed, altitude and velocity to both, nearby planes equipped with an ADS-B In receiver and to air traffic control.

This ADS-B Out transmission is far more accurate than more traditional radar surveillance methods and is also, as suggested in the name, automatic. As a result, ADS-B flight tracking gives air traffic control an increased ability to reduce the distances between ADS-B equipped aircraft. Meaning that this ground-breaking technology is being seen as the key to efficient future airspace management.

Another benefit is that ADS-B technology, being on-board, will work in ‘non-radar’ areas. Thus, aircraft visibility can be enhanced to reduce the risk of airborne collisions in these areas.

A third, and more commercial, benefit of ADS-B is that is provides the data infrastructure for much cheaper and much more accessible flight tracking. For example, Plane Finder.

Consequently, it is unsurprising that Automatic Dependent Surveillance – Broadcast has been heralded by the US Federal Aviation Administration as being “the NextGen successor to radar.” In fact, ADS-B proves to be such a game changer in the world of avionics, that the US is making an ADS-B Out transmitter mandatory for all aircraft operating in the majority of US controlled airspaces by 2020.

Plane Finder’s dynamic flight tracker, is able to show real-time aviation activity and information for aircraft flying all over the world. This is enabled via its primary flight tracking technology; ADS-B (with MLAT a close second.) 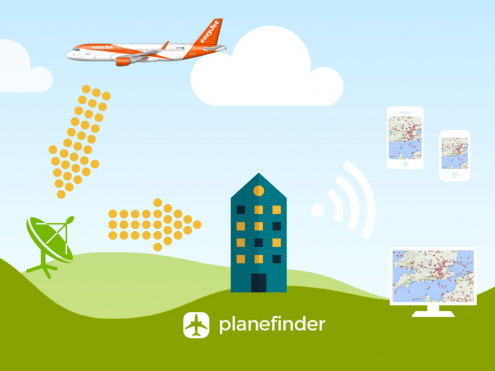 The aircraft’s location is then transponded by an ADS-B Out transmitter at 1090MHz to an on-ground internet connected ADS-B receivers. These receivers, on receipt of the aircraft’s location and additional information, connects and shares this data to Plane Finder directly. It is from here that flight tracking data appears on Plane Finder’s flight tracking platforms, both desktop and mobile application. (Android and iOS.)

Plane Finder is an interactive flight tracking platform that has a global network of data feeds meaning that we are able to show live air traffic from all around the world at any given moment. The primary technologies used are ADS-B and MLAT and the combination of these two enables Plane Finder to offer a unique technology. One where whatever level of flight tracking interests you, our flight tracking app promises to significantly enhance your experiences.

If you want more information about how Plane Finder works, then visit our information pages.

If you have any questions about Plane Finder, please contact us. Alternatively, have a read our blog, where you will find tips, information and guidance on how to get into flight tracking.