Two F-16 Dutch fighters were scrambled this afternoon in response to a hijack alert at Schiphol Airport, Holland.

The plane was also surrounded by security personnel who feared that passengers had been taken hostage.

Vueling flight VY8366 (callsign VLG8366) from Malaga triggered the alert after what is now reported to be a miscommunication between the flight crew and the airport control tower.

You can replay the landing and approach here.

The screenshot from planefinder.net below shows the aircraft approaching Schiphol Airport in Amsterdam. 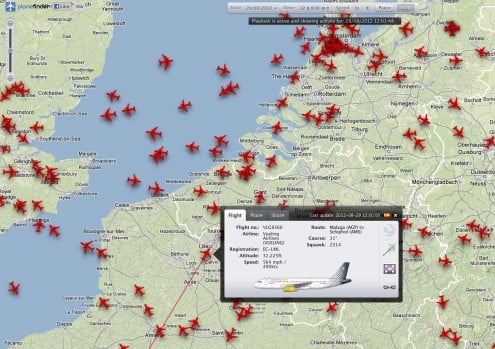 The aircraft involved in the incident is an Airbus A320 tail number EC-LML photographed below.

It is likely that there will be some delays at Schiphol as a result of the incident that fortunately turned out to be a false alarm.