A helicopter carrying 14 people has performed a controlled “ditch” into the sea after an oil pressure warning forced the aircraft down.

The Super Puma helicopter operated by Bond Helicopters is one of many that operates from the base in Aberdeen, UK out to the many oil rigs in the North Sea. Whilst not confirmed, we spotted this helicopter on Plane Finder around the time of the incident.

All passengers and crew are reported to be ok and being picked up by rescue crews.  This is not great news and comes after some recent news that all of the EC135 helicopters in the fleet had been grounded due to suspected rotor blade issues! 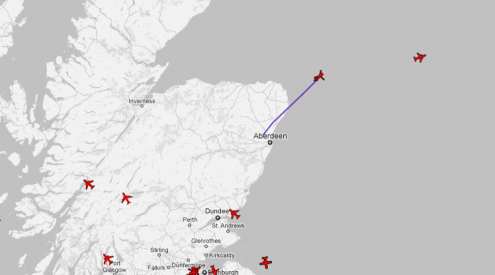 Shortly after we saw the CoastGuard helicopter dispatched from Lerwick live on shipfinder.co our live ship tracking site! 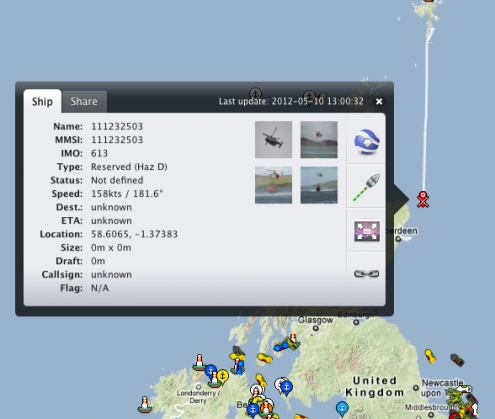