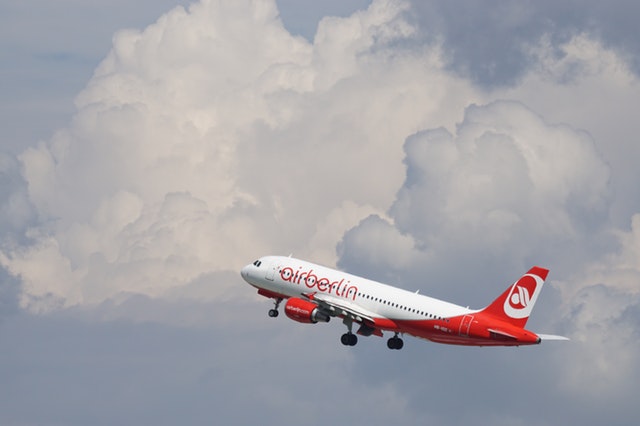 October was a big month in aviation. Monarch Airlines collapsed after 50 years, right at the start of October. Travel chaos ensued as over 100,000 travellers were left stranded, with the CAA stepping in to repatriate them over the course of two weeks.

And then, on October 27th, Air Berlin made its final flight: a one-hour hop from Munich to Berlin that ended 39 years of trading, after the airline declared insolvency in August.

But it hasn’t all been bad times – even though the air travel and aerospace industries are experiencing a little instability right now.

In better news, Bombardier’s CSeries jet has been spared from doom, as Airbus stepped in to share the load. As of October 16th, Airbus has officially become the majority stakeholder in the CSeries program.

As the carcass of Air Berlin is pecked at by the likes of EasyJet, what’s to become of Bombardier now that Airbus is funding their flagship?

Air Berlin – Farewell to an Institution

Founded in the wake of the cold war, Air Berlin had a slightly odd beginning: registered as a US company, Air Berlin USA (as it was first known) took advantage of loopholes that reserved flying rights to American, French and British charter jets out of West Berlin. The key founder was a former flight engineer at Pan Am – Kim Lundgren. The Lundgren family ran the agricultural conglomerate Lelco, of which Air Berlin USA was a subsidiary.

Eventually, an airline licence was granted and the fleet began to grow. But by the 1990s, the low-cost airline trend was in bloom and, much like Monarch, Air Berlin was in a head-to-head that it couldn’t hope to win.

After decades of expansion and change, after record-breaking flights and an incident-free 39 years of operation, Air Berlin finally became too unprofitable for main shareholder, Etihad, to tolerate. Falling profits for four years running left the airline at a dead end, with no more incoming investment or moves possible – other than to close up for good.

The dust had barely settled when EasyJet made a move for an arm of the airline, salvaging €40 million for Air Berlin shareholders and saving 1,000 jobs. Assets at Berlin’s Tegel airport will fall to EasyJet, including the airline’s much prized landing slots and 25 leased A320 aircraft.

Bombardier, the French-Canadian snowmobile manufacturer turned aircraft builder, seemed to have a massive hit on its hands – the company’s biggest since the invention of the snowmobile. The CSeries aircraft was designed by Bombardier to fill a market gap for a modern, mid-sized, twin engined passenger jet.

Pilots and passengers have praised the airliner’s innovative features that have brought air travel into the 21st century – and significant improvements in fuel efficiency, reliability and operating costs have grabbed the attention of airlines and tour operators.

It hasn’t been easy bringing the plane to market, as Bombardier hasn’t quite got the infrastructure or selling power. With a 50.1% stake in the project, Airbus brings a vast supply chain and its large-scale manufacturing and sales experience to the project, giving this new take on mid-sized passenger aircraft a new lease of life.

Boeing has expressed concerns publically that mask their true source of unrest: this deal could shut the aerospace giant out in Canada. It also undoes the pandering it engaged in with US politicians and sets them up as a loser in this situation. Stock price has taken a hit: Boeing probably isn’t feeling too smart right now.

How many Bombardier, Airbus and Boeing planes are up in the air right now? Use Plane Finder – the real-time flight tracker. Our iOS and Android App puts flight tracking at your fingertips.