As reported earlier Virgin Atlantic Flight VS27, Callsign VIR27X, made a rapid return to Gatwick where it made an emergency landing.

Gatwick has now been closed until 14:00

The aircraft escape chutes were deployed for aircraft evacuation as seen below.

We understand that smoke was reported on-board.

We saw the incident as it happened on Plane Finder when the aircraft issued a general emergency 770o squawk.

The aircraft had passed south of the Isle of Wight after departing Gatwick for Orlando, Florida The return to Gatwick was very rapid as seen here on Planefinder

You can see the flight as it happened here

The aircraft involved in the incident is shown below: 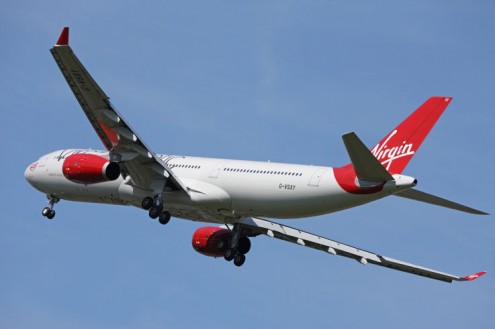