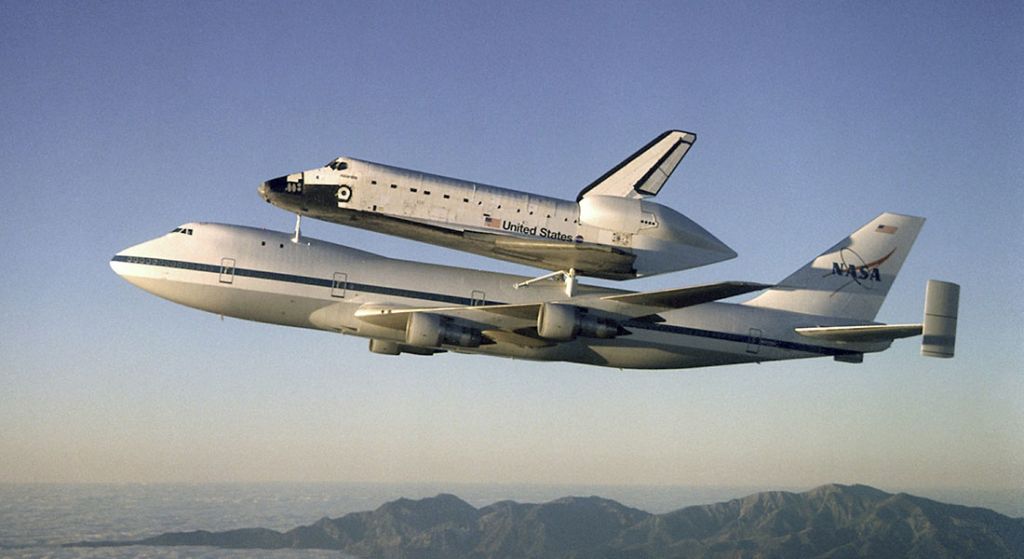 Space exploration and aviation have been conspicuously decoupled for some time – ever since the space shuttle was decommissioned. They could finally be back together soon, with what might be the most unusual, ambitious aircraft ever built.

It’s intended to carry spacecraft and satellites – but unlike the modified 747 (pictured) that ferried the space shuttle back and forth, Stratolaunch is less of a cargo plane and more of a spaceship in its own right.

Getting to space is ludicrously expensive – and fraught with risk. Satellites aren’t cheap, and when a launch vehicle fails, it’s bad for business. Even with the advances made since the early (extremely dangerous) days of space exploration, about 8.1% of unmanned rocket launches fail. In other words, one in every 13 rockets.

That’s not a particularly insurable statistic, but space insurers do exist. With premiums in the hundreds of millions of dollars, space insurance foots the bill, should a launch vehicle and its cargo be destroyed. Insurers suffer greatly when spaceships continuously blow up – and if you followed the rise of SpaceX in the news, that seemed to happen all the time.

Making rockets safer is one solution to the problem.

It won’t be easy, because rocket fuel is designed to explode. A vehicle loaded with pure, compressed oxygen and hydrogen is extremely prone to blowing up. Even the solid rocket boosters used to launch space shuttles caused fatal explosions.

But planes have an exceptional track record – continuing to enjoy their status as the world’s safest way to travel. Could a spaceplane be the answer to rocketry’s awful, painful history? 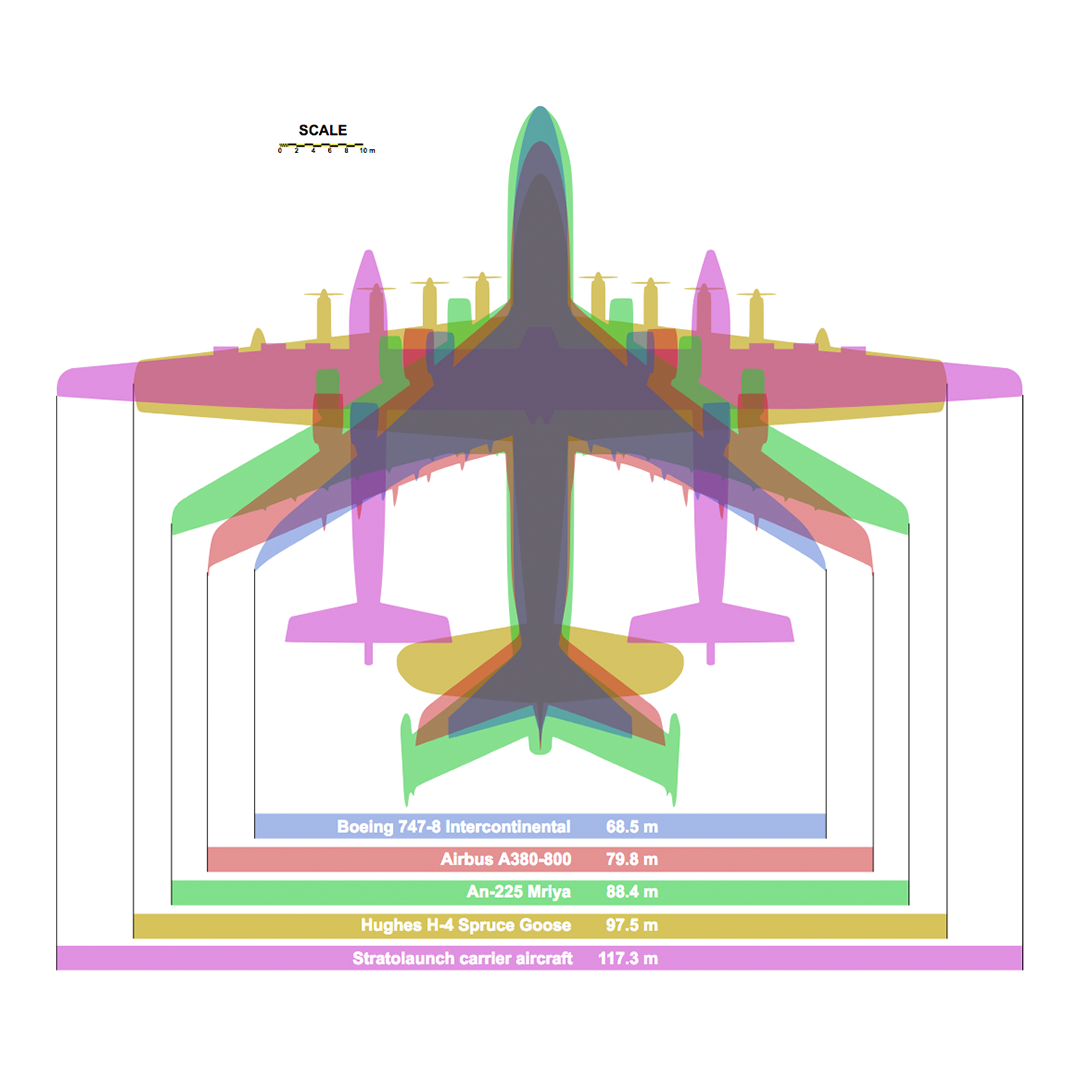 Stratolaunch is, by wingspan, the biggest plane ever made. It’s an astonishing 117 metres across. That’s wider than a football pitch, taller than The Statue of Liberty and nearing the height of the Great Pyramid of Giza.

The huge gap in the centre of this flying wing lets it hold very large payloads that don’t have to conform to the dimensions of a cargo hold. As long as it’s aerodynamic enough to allow flight, anything goes.

The Stratolaunch is designed to reach the upper atmosphere, where it will release the payload. From there, rockets will carry the payload into orbit.

Wait – aren’t rockets unreliable? Isn’t that the problem Stratolaunch is supposed to solve?

Solving the Biggest Problem with Rockets

The first stages of rocket flight are the most dangerous. It’s where the most fuel mass is present, gravity has the upper hand and pressures are high. Any number of things can go spectacularly wrong at launch.

Upper stages are far safer. Only 17% of failures have occurred in the third stage of a rocket launch since 1958. Four stage rockets account for 4% of all rocket failures in their final stage.

A massive 80% of failures occur in the first and second stages – in the process of getting the vehicle to the upper atmosphere. By eliminating the need for heavy, expensive and dangerous launch vehicles, Stratolaunch presents something of a no-brainer option for satellite launch.

There’s just one problem. It hasn’t actually flown yet.

Stratolaunch has been waiting to fly since 2011. In the time since its inception, SpaceX has made impressive progress – and has sent the payloads of paying customers into orbit. It’s lost some customer payloads, too – but nothing ventured, nothing gained.

Flights could be operational as soon as 2022, with purpose-built rockets made in-house by Stratolaunch Systems. The cost to put a satellite in space would be less than half of a SpaceX launch. A spaceplane is in the works too, similar to the space shuttle.

But by the time Stratolaunch is ready, SpaceX could be the established leader – leaving little room for a newcomer. The potential is there for all to see, and if it flies sooner rather than later, customers could be lining up.