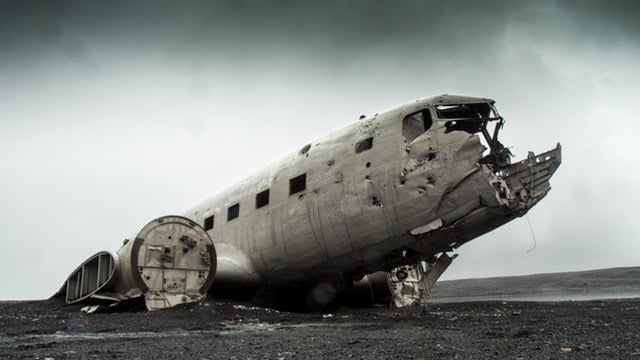 Travelling by plane is a unique experience: watching the world below you shift from landscape to landscape, from sea to sea. But for some people, flying is an unnatural horror – one so terrible that they avoid it entirely, for their whole lives.

The Facts of Commercial Flight Safety

When trying to help a nervous flyer, statistics are usually the first port of call. So let’s take a look at the main ones.

Plane Finder tracks in excess of 12,000 flights, all in the air at the same time. Over the course of a single day, more than 100,000 planes will take off and land without any accidents.

By comparison, the number of fatalities on the roads averages at 3,287  every day.

You’re significantly more likely to be killed falling out of bed in the middle of the night (one in 2,000,000).

Most incidents are not fatal – aircraft incidents have had a 95% survival rate since 1983. Media coverage is generally reserved for fatal incidents, which can lead people to believe that death is the only result of an aviation accident.

But these facts and statistics do very little to quell fears. People who happily drive every day will not set foot on a plane even once in their lives.

That’s because fear is not rational. It’s an emotional, chemical, utterly irrational state of mind, where facts and figures don’t matter one bit. Fear is the body’s reaction to a perceived threat. It’s like jumping at the popping of a balloon: you know the balloon popping is harmless*, but your body reacts to the threat, wincing in anticipation of it.

Being scared of flying is a bit like anticipating the balloon popping all the time: just much more amplified.

Even though there’s a body of statistics and evidence to support the safety of air travel, it’s not stupid to be scared of flying.

Is the Fear Natural or Learned?

There are lots of people that find flying exhilarating – and no, we’re not just talking about pilots! For some, flying is more than just the means to get to a dream destination: the very act of flying around in the sky is fun to them.

For those among us who don’t feel this way about flying, it can be an isolating, life-limiting anxiety. It can feel shameful and disempowering. Is it natural to feel this way, something we’re born with?

Children are far less likely to be afraid of flying than adults. Just look at how children act at airports: most of the time, they can barely contain themselves at the thought of flying. Anxious parents can imprint their own fears on children that manifest later in life.

This implies that fear of flying is learned behaviour – in psychology, this is generally agreed upon, but the cause is disputed. Flying is loud, involves violent forces and can be nauseatingly disorientating at times: these stimuli can be triggers for the flight or fight response, which is a natural, built-in instinct.

Medication isn’t currently available to treat a fear of flying. But that doesn’t stop some anxious passengers from self-medicating with sleeping pills and/or alcohol – which can carry far more risks than the flight itself.

The most common and most effective treatment for fear of flying (or aerophobia, as it’s medically known) is cognitive behavioral therapy – a deeply personalised exploration of one’s behaviour. It can include techniques that gradually desensitise a patient to the thing that scares them most.

Hypnosis can form a part of therapy too. There’s no single definitive trick to conquering the fear – it’s a lot of work, both on the part of the patient and their therapist. Treatment will be as varied from person to person as the individuals themselves.