Following reports that Boeing was about to begin 787 test flights, the FAA has reacted quickly to deny this.

An email to Reuters from Federal Aviation Administration (FAA) spokeswoman Laura Brown  stated that “Reports that we are close to allowing 787 test flights are completely inaccurate”.

All Boeing Dreamliner aircraft have been grounded for 6 weeks so that safety checks can be carried out on their lithium ion batteries.

The FAA said Friday that it had received a formal proposal from Boeing to fix the lithium-ion battery problems in the 787 Dreamliners and “will analyze it closely.”

It is unlikely that the FAA will reach a decision quickly and the FAA went on to say that “The safety of the flying public is our top priority, and we won’t allow the 787 to return to commercial service until we’re confident that any proposed solution has addressed the battery failure risks,” said an FAA statement. 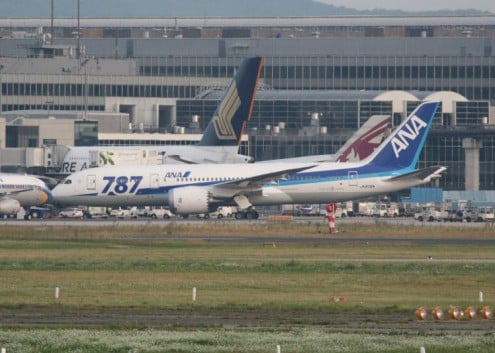 With the immediate operational future of the 787 unclear Japan’s All Nippon Airways (ANA) has taken action to reduce uncertainty for its customers.

The airline announced this week that it has cancelled all Boeing 787 flights until at least the end of May. The cancellation affects 1,700 flights on top of the 1,900 already cancelled and coincides with the Japan’s Golden Week holiday celebrations.