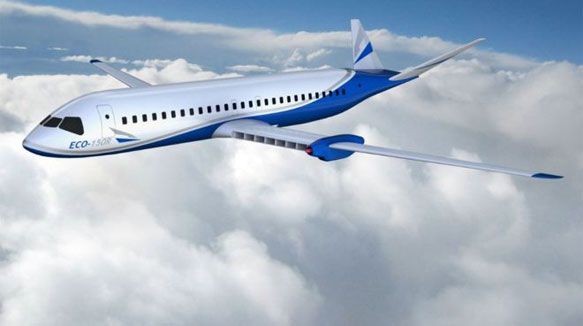 First, it was electric cars, now it looks like electric flights may be a part of the not-too-distant future. A new technology company, Wright Electric, aims to offer the first commercial, electric-powered flight on a route from London to Paris.

The development is yet to commence, however, Wright Electric are said to be in talks with Easyjet regarding the production of the aircraft, dubbed The Wright One, for the future of potentially implementing electric for all short haul flights, carrying 150 people.

In order for production to commence, the company will have to rely on battery innovation technology to reach the desired range of 300 miles. The amount of power needed is not currently satisfied by existing technology, meaning investment in research and development will be necessary to catalyse production.

Currently, the company is working with an American inventor named Chip Yates, who holds the existing record for the longest electronic flight recorded with his aircraft named the Long-ESA.

However, Wright is not the only company to spark an interest in electric air travel. Aviation company Airbus, having achieved its creation of an electric two-seater plane ‘E-Fan’, aims to take its claim with plans for its own 70-90 seat short haul aircraft.

Wright’s ambitions could well be achieved within his proposed 10-year time scale, together with backing from prestigious Silicon Valley incubator ‘Y Combinator’, whose previous successes have included AirBnB and Dropbox.

His aims are to set out a plan to make all short haul flight electric within the next 20 years, and, in essence, 30% of all flights globally. This will, in turn, reduce the cost of air travel and significantly reduce air emissions – making flights greener and more affordable for those making short journeys.

Jeff Engler, Wright Electric co-founder, has commented: “Depending on how it’s designed, you can have an electric plane that’s substantially less-loud than a fuel plane, batteries would be charged separately, meaning planes would not have to sit on the tarmac whilst power is replenished, instead modular battery packs will quickly swap out, using the same cargo container that’s in a regular aircraft.”

Overall, these measures combined will enable airports to fly more and airlines will be able to keep their aircraft in the air for longer periods, covering their initial investment costs.

This news follows other aviation start-ups based around technology, in particular, the ‘Boom’, an aircraft said to be more than twice the speed of the historical Concorde. Boom technology, similar to Wright Electric, is also benefiting from investment and support, in their case from Sir Richard Branson. For more information on the Boom, which is due to be tested later this year, click here.

For news on travel developments, innovations and to be at the forefront of the action when it arrives, by downloading the plane finder flight tracker app will enable you to tune into the news, and track the first electric flight, as and when it happens.

Our flight trackers are reliable, up-to-date and constantly expanding to ensure we provide up to the minute, global coverage. To find out more about Plane Finder’s flight tracker, click here – or contact us.