British Airways has unveiled the first of nine A319s that have been custom-painted with a celebratory London 2012 Olympic design. 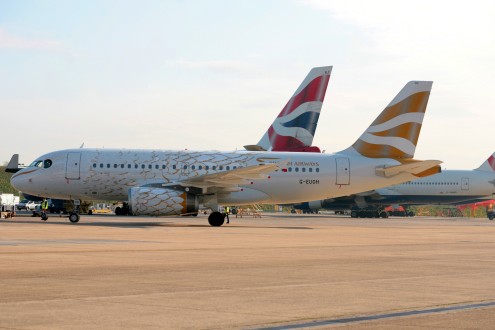 A number of compromises had to be made for the designer’s vision to be realised. These included using gold-coloured mica resin paint as opposed to metallic paint, as this would have interfered with the aircraft’s radar or ADS-B systems and getting to grips with handling stencils on a scale rarely seen by most artists.

Mr Anson, a Brighton-based artist who works as a design tutor at Kingston University by day, said that he intended to create something truly inspiring as well as eye-catching.

“I wanted to do something that would make people stop and think differently about what they were looking at,” he said. “I’ve often looked up at aircraft landing and wondered if it’s a bird or a plane, and the idea developed from there.”

According to the Belfast Telegraph, Ms Emin is so pleased with the design, which she has overseen throughout the design process, that she might even become an aviation enthusiast herself.

“I like the way it brings back the excitement of travel. I will constantly be looking up every time I hear a plane fly over. You never know, maybe I will turn into a plane-spotter.”

BA’s first newly-painted A319 will fly from Heathrow to Copenhagen at 1420 on Tuesday. 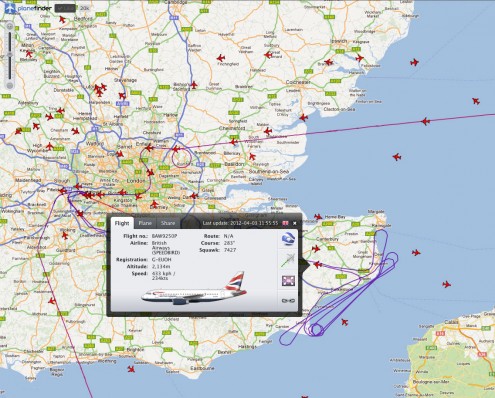