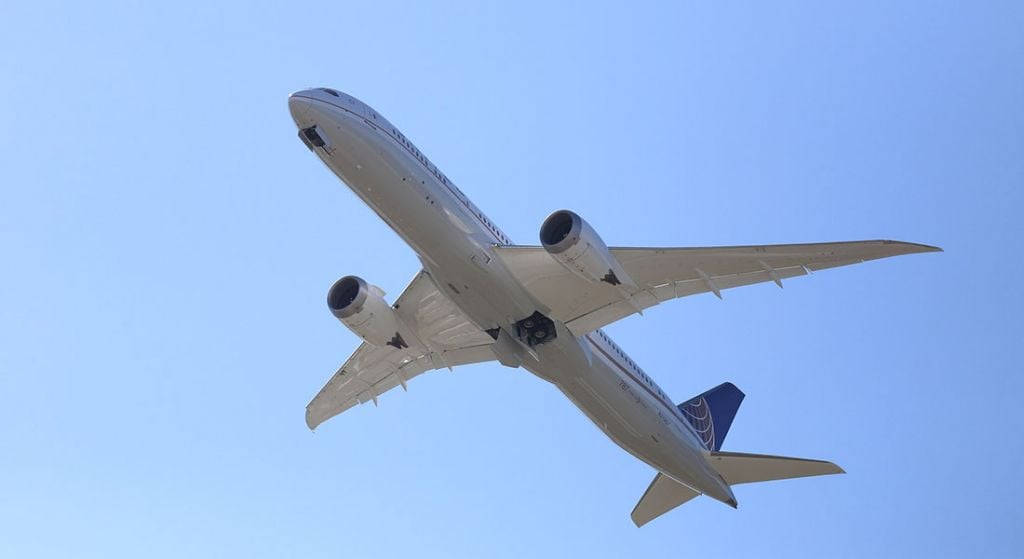 At the 2018 Farnborough Airshow, Boeing brought its A-game. The Biman Bangladesh B787-8 Dreamliner, sporting a wingspan of over 60m, made a near-vertical ascent following takeoff, followed by some thrilling manoeuvres, before landing confidently after three and a half minutes of flight. But is this display a true reflection of agility for a typical 250 tonne airliner?

It’s pretty amazing to watch an aircraft take off in any situation, but to see a giant flown like a stunt plane is awe-inspiring. During the short display at Farnborough Airshow, this 787 banks hard, climbs aggressively and makes short work of approach and landing. It just looks so easy – but it’s not the first airliner to wow audiences with unfathomable agility.

Barrel Rolls and Loops in Airliners?

In 1955, test pilot Alvin “Tex” Johnston completed a barrel roll in a B707 – probably the most extreme stunt ever pulled in a full size commercial airliner. It was a spur of the moment decision, which didn’t win the pilot many friends in the upper echelons of Boeing.

It has never been attempted in another big bird since,. Although Boeing believes that even their old flagship 747 could survive a complete roll, they quote that it would be “an extremely foolish action.” The main barrier to a successful roll in a big plane is maintaining altitude while the wings are in the vertical position.

The bigger the plane, the longer it will take to complete a roll, and the longer it will be flying at a right angle for. During this period, the wings will produce no lift, causing the aircraft to fall out of the sky at a tremendous rate – which could be impossible to correct if the plane’s descent speed is unmanageable. With enough speed (and the most positive mental attitude in the world), it’s theoretically possible to roll the biggest bird in the sky.

Loops are even more dangerous, requiring greater speeds to facilitate a sustained climb that leads to inversion, without stalling: that’s especially difficult at altitude.

Whichever manoeuvre was attempted, it would be terrifying to witness!

But modern airliners simply won’t allow a pilot to do that sort of thing, with computer-dictated limits placed on critical functions to prevent disaster. For example, the Airbus A380 can achieve a maximum bank angle of 67º, preventing inversion during Normal Law – but this could be bypassed if an emergency called for it.

How do Big Planes Pull Off Big Moves?

Here’s the 787 again, this time in a test video from 2016, showing that truly audacious takeoff angle from above.

To get this kind of point-and-go precision from a commercial airliner, it’s first got to be empty: no passengers or cargo, and with only the absolute bare minimum of fuel needed to perform the manoeuvres.

The operating empty weight of a 787-8 is approximately 120 tonnes – almost half the maximum takeoff weight. With no extra weight keeping it down, the aircraft can be flown around like a toy – letting it get away with those ridiculous banks and ascents.

But could it do a roll?

Well, it’s been done in simulations, which are extremely close to the real thing – albeit without the same sense of terror. Judging by the aircraft’s whippet-like handling, it’s easy to believe that a 787 could complete a roll under test circumstances – and while we would love to see it happen, we definitely wouldn’t want to be the ones doing it.

Track the Most Agile Airliners – with Plane Finder