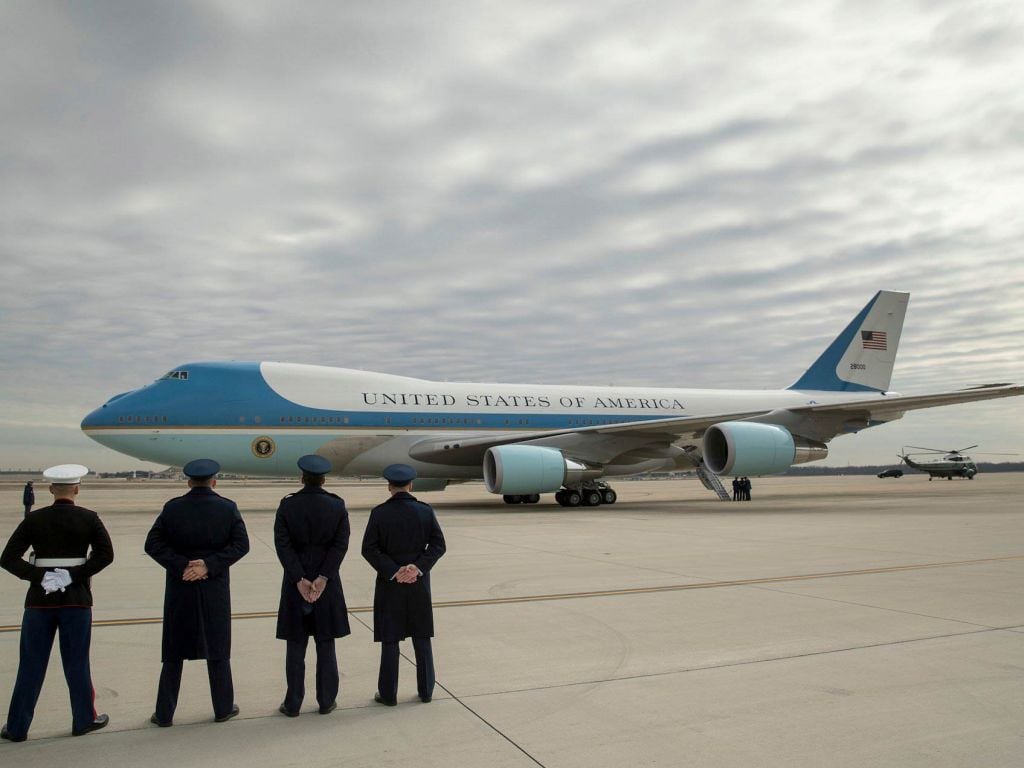 On the 4th August 2017, the US Air Force and Boeing finalised a deal for the purchase of two Boeing 747-8 Intercontinental airliners. After significant modification, the ready-built aircraft will serve as the next generation of Air Force One for future presidents, replacing the ageing VC-25A Presidential support aircraft.

The decision to purchase pre-existing aircraft instead of custom built was made after President Trump criticised the cost of the original Air Force One program in December 2016, claiming that the costs were ‘’out of control’’.

The Cost of the New Air Force One Aircraft

The US Air Force has not disclosed the purchase amount of the aircraft due to commercial sensitivity, with Air Force Secretary Heather Wilson simply stating, “we got a really good deal… I’m really pleased with that’’.

As a rough guide, new Boeing 747-8 aircraft are listed at $386.8 million each and although the aircraft purchased were built in 2015, they have never been in operation for commercial use. Currently located in aircraft storage in Victorville, California after having originally been intended for Russian airline Transaero before it went bust, Boeing would have been keen to secure a contract for two aircraft.

Darlene Costello, Principal Deputy Assistant Secretary of the Air Force for Acquisition, said in a statement about the new deal ‘’this award is a significant step toward ensuring an overall affordable program…as we move forward, we will continue to seek and implement cost savings opportunities’’.

It is unknown at this stage how much the cost of modifications will be, but they are heavy enough for the aircraft to not be ready until 2024 at the earliest. It is unlikely that the Boeing 747-8 will require much transformation before it can be modified for Air Force One specifications.

It is estimated that the total cost of the Air Force One program will amount to approximately $3.51 billion from the current fiscal year through to fiscal 2022, according to Bloomberg Government analyst Robert Levinson, of which the biggest expense will be research and development.

Air Force One said in its announcement, “modifications to the aircraft will include incorporating a mission communications system, electrical power upgrades, a medical facility, an executive interior, a self-defense system and autonomous ground operations capabilities.”

The completed aircraft will have the capability to fly cross-continent and will provide the President and first family with work and sleeping quarters.

The modifications are expected to start in 2019.

Track Aircraft Movement Throughout the World with the Plane Finder App

As the aircraft for the President of the United States and flying symbol of the American military, the Air Force One is easily recognisable from the skies. If you haven’t already, hopefully, you’ll be lucky enough to spot the Air Force One!

Unfortunately for national security reasons, it is not possible to track Air Force One, but our Plane Finder app will enable you to easily follow all commercial aircraft such as Boeing, including the new Boeing 737 MAX 10.

You can download the leading flight tracker app here, or alternatively get in touch with us for more information.