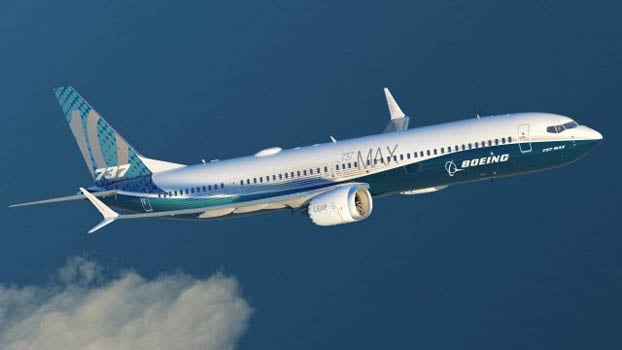 Announced at the 2017 Paris Air Show, the Boeing 737-10X joined the lineup of impressive aircraft as the latest member of the Boeing family.

The 737-10X is widely anticipated to be Boeing’s hottest offering since the 757 – positioning them back in the middle of the market as the manufacturers to watch. They hope to rival the success of the Airbus A321, by carrying 230 passengers with the lowest cost per seat-mile of any commercial aeroplane to be manufactured.

Designed to be one of the lightest passenger aircraft, 2.8 tonnes lighter than the A321 – this has streamlined the performance, offering a commercial, high capacity aircraft with a lower fuel consumption and greater range.

However, the development over the years has not been without a hitch, notably the design caused issues with the main landing gear, which was not able to adequately clear the longer body design for rotation on takeoff and landing, which had to be re-configured, ensuring the aircraft was not pitch-limited.

The origin of the design featured a lengthy main landing gear (MLG) – but, due to the diameter of the fan remaining the same, the solution appeared to leave the original wheel well more or less unchanged. This, known as a ‘trailing-link’, served as a shift for the rotation point slightly aft. These alterations are also telescopic – contracting during the retraction of the gears back into the wheel well.

Keith Leverkuhn, vice-president and general manager of the 737 10X aircraft has commented on the adjustments and the journey of the design: “The design focus is on the upper portion of the gear as it integrates with the actuator. In this area, within the tight confines of the existing wheel well, Boeing’s new design will do some clever folding using a link mechanism at the top”.

“The lower section of the leg is also modified with an additional shock strut that fits inside the same forging. This moves the contact point aft a little bit. That’s fundamentally what we are doing and yes, it will look like a trailing link gear. We want to make it maintainable, reliable and we are going to need that gear to get the performance we want out of the -10 but I’m confident in the solution set”, he added.

When questioned on the testing, Leverkuhn said: “The kinetics are tricky. How do we take this fundamentally longer gear and make sure it folds up nicely in the gear well. So we do drop tests to understand the structure we have sized is appropriate and another rig test around the function of the new gear. We will spend most of the year doing that, but we are really zeroing in on it”.

Tracking the future of the 737

After a successful debut at the Paris Air Show, the Boeing 737 MAX 10 gained a warm reception, with more than 240 orders and commitments made. Overall, it was a clear triumph for Boeing over Airbus – fuelling the rivalry between the two manufacturers.

With entry into service imminent, Plane Finder are looking forward to observing these fantastic aircraft in transit all over the world, via our unique flight tracking app. We stream these live flights straight to your connected device – revealing up-to-the-minute information on flight paths, diversions and destinations. To see it in action, click here.

For any further information, or for questions answered, please get in contact with our team. We look forward to watching the Boeing 737 MAX 10 in action with you very soon.