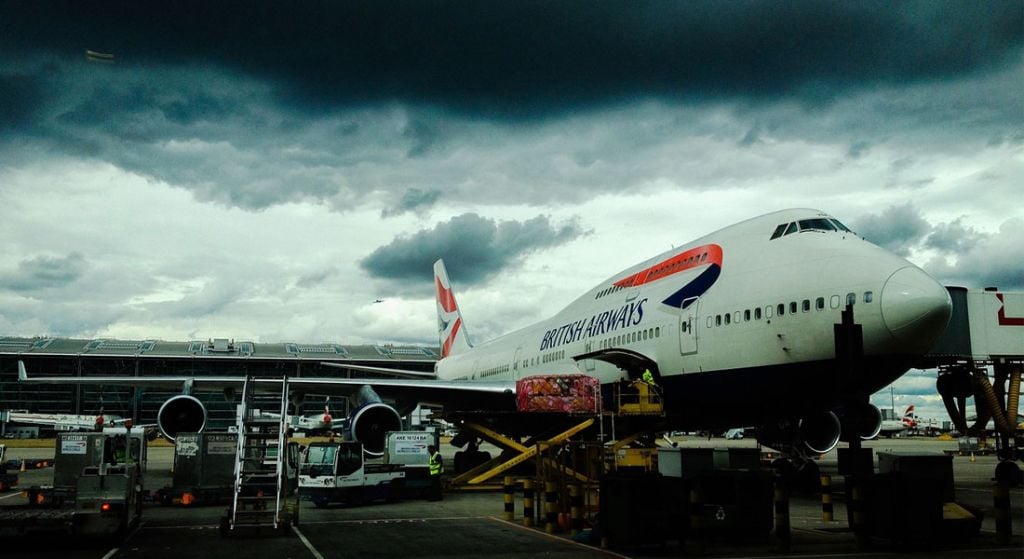 Does UK aviation face dark clouds after Brexit? It seems a lot of the questions about what happens next are still up in the air. With only months to go until the UK’s 46 year-long membership of the European Union comes to an end, will they be answered in time?

The free movement of people between European Union countries was the single most politically toxic area of debate during the EU referendum. The division it caused overshadowed everything else. It dominated news and political coverage – challenging many people’s core beliefs on both sides.

Whatever your individual views are, it’s plain to see that the process divided the people – and it’ll take while to recover from that socially – but while the border control challenges ahead are numerous, they can be overcome with enough time and investment.

Aviation challenges will start well before airport customs – entry will need to transition into a new format, away from the model in place now.

Free movement within the EU works in all directions – but it drew criticism from those who felt that it was one-sided. Economic migrants, a growing refugee crisis and a renewed threat of terrorism had an effect on the conversation – which led many to call for closing UK borders. Does Brexit do that?

The answer is a big “maybe”. There’s speculation towards the adoption of a US-style border control system after a “hard” Brexit. Taking a US approach will have a significant impact on businesses and individuals traveling to and from the EU, requiring online application before travel. The increased stress this puts on top of already stressful itineraries has made post-Brexit border control the biggest concern for business travelers.

It will mean that free movement will end, and that security can potentially be tightened: but it will come at a cost – figuratively and literally. The aviation industry is worth £60 billion a year to the UK, but British planes may have nowhere to land if an agreement is not reached.

Freedoms of the Air

In a no deal, “hard” Brexit situation, airlines based in Europe – like Ryanair – would no longer be able to fly from UK city to UK city, possibly ending the era of cheap internal flights. And UK airlines like easyJet wouldn’t be able to operate EU city to EU city flights, having to have some kind of stop back home in between.

These restrictions will harm flexibility and stretch fleets – costing airlines and in turn, passengers, more money. Some routes may become unprofitable and cease.

The EU holds the keys to land in significant territories like USA, Canada and Norway to name a few – and these keys could be taken away without EU membership. That is, until the UK makes deals with each country.

It’s all down to a complex network of agreements and treaties that the EU holds with member states and the rest of the world, built up over a very long time. Freedoms of the air could be revoked after withdrawing from these EU-held agreements, and these would have to be reestablished on a country-by-country basis.

Of course, all of this is worst case scenario stuff, and overcoming this situation isn’t an impossible task by any means – but it could take an unknowable amount of time and money to get a solution.

And even when all agreements have been made on freedoms of the air, it won’t be over. EASA regulations – which determine airworthiness and safety for aircraft – are being negotiated as of April 2018. If the UK is not granted membership of the EASA (European Aviation Safety Agency), then it will need to establish a globally recognised safety standard of its own before being allowed to land planes in other countries.

It’s all quite complicated, and maybe a bit scary – but there are solutions. Until they’re found, they will impact the aviation industry and the businesses that depend on it.

The hope is that a total severance from partnerships can be avoided, but with talks held in secret and reports emerging of little progress being made, the deadline could come and go before agreements are in place.

We certainly hope that amenable partnerships are set up soon, to help rid the industry of uncertainty – because it’s uncertainty that makes businesses wary and affects markets. There are currently too many unknowns, making things unstable. As EASA talks are in progress, we should have some fresh insights soon.

Track flights in and out of the EU with Plane Finder – the real-time flight tracker. Our iOS and Android app puts flight tracking at your fingertips.