Welcome to another AvGeek roundup. This week we start in Glasgow, aka the pilot party capital of the world, head over to Hong Kong to see the risks of those anyplace delivery services and pour a lot of cold water onto an airport (and no that wasn’t the London planners again!).

Blast from the Past this week shows a series of wonderful images from a bygone era where it was even ok to smoke on a plane. Sadly this won’t help Samsung phone users now!

Oh no! Not again! This has become a regular AvGeek feature!

Hmm – trusting passengers to behave rationally and do as they are told when flying. What could possibly go wrong with that idea?

The insurance company for this vehicle is likely to be in for a rather unpleasant surprise!

Unsurprisingly it is not that easy. Wired gives us the lowdown on how it is done. Well at least the theory anyway!

Missed Connections: the Direct Flights you won’t find flying out of London

An interesting insight from Simon Calder on how money, and available runways, shape the direct destinations available to London flyers. 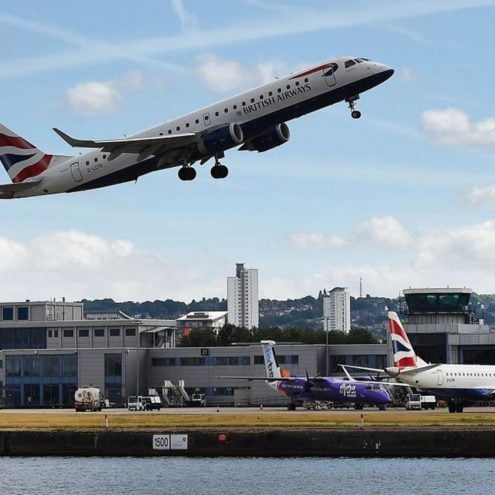 Mesmerising and a little like the House of Cards intro!

BLAST FROM THE PAST

Some glamorous (and not so glamorous) pictures in the golden age of aviation!

IN THE JET STREAM