Learning a lesson from Boeing, Airbus has announced it will use traditional batteries in its own Dreamliner equivalent, the A350-XWB, when it is launched next year, fireengineering.com reports. 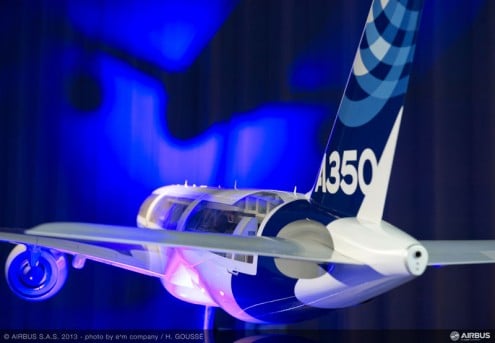 As those in aviation or with a passion for flight tracking will be aware, Boeing’s Dreamliner has been grounded around the world due to as-yet unresolved problems relating to the use of lithium-ion batteries.

As such, Airbus hopes to gain an advantage over its rival – albeit temporary – by using standard nickel cadmium batteries in its similarly innovative jet.

The A350, like the Dreamliner, has been billed as a ‘fuel-efficient jet of the future’. According to experts, Airbus can adapt the A350 far more smoothly than Boeing could adapt the Dreamliner as its ‘design lends itself to an easier battery change’.

That said, Airbus is quick to assert that its own lithium batteries are safe.

Company spokeswoman, Mary Anne Greczyn said: “In the interest of keeping the A350 XWB program on track and wanting to remove any concern of battery complications, Airbus has decided to stick with the proven, tested and and already-in-successful-service nickel cadmium battery for the A350’s entry into service.”

Boeing, meanwhile, told nytimes.com that investigations into the problems thus far have not unearthed anything that would have ‘led it to making a different decision’ regarding use of lithium-ion.