The Australian budget charter airline flew local Australian routes operating out of Brisbane and Melbourne and internationally to Bali, Phuket and Honolulu.

As many as 4,000 passengers are currently stranded including in Phuket and Honolulu with Qantas and JetStar both reported to be helping out.

The image below was shot in December 2011 with the Air Australia branding. 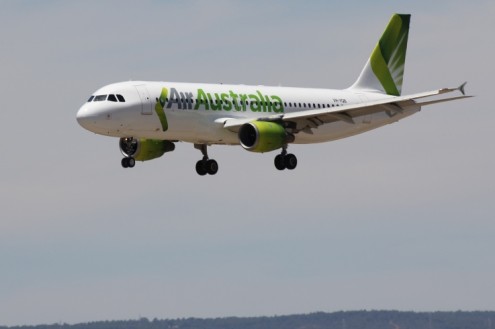 Many passengers with advanced tickets, up to 100,000, may not be covered by their travel insurance as part of their ticket conditions!

Here is the current statement on the Air Australia website www.airaustralia.com

The airline was founded in 2008 as Strategic Airlines and became Air Australia in November 2011.

On planefinder.net we tracked a couple of their last flights.

The image below shows VH-SSA in Strategic Airlines livery captured in November 2011 shortly after the airline became Air Australia.

Sadly these aircraft are all now indefinitely grounded and are unlikely to be seen in the skies or on Plane Finder any time soon.