The FAA has issued an Emergency airworthiness directive (AD) ordering the grounding of all US operated Boeing 787 aircraft. 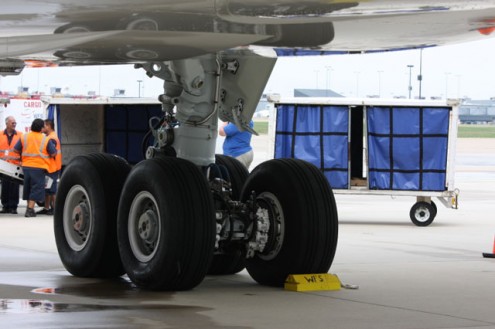 The European Aviation Safety Agency (EASA) said they would follow the US directive. Airlines in Chile and India have also grounded their aircraft.

The FAA directive is in response to a spate of problems culminating in the emergency landing and evacuation of ANA flight 692  earlier this week.

The AD states that “This emergency AD was prompted by recent incidents involving lithium ion battery failures that resulted in release of flammable electrolytes, heat damage, and smoke on two Model 787-8 airplanes. The cause of these failures is currently under investigation. These conditions, if not corrected, could result in damage to critical systems and structures, and the potential for fire in the electrical compartment.”

Here at planefinder.net we are no longer seeing any 787 aircraft in our live flight tracker systems.

This will alert users to any 787 aircraft tracked by our global ADS-B receiver network.