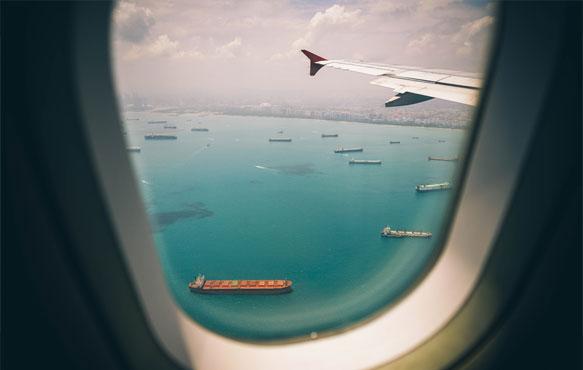 Airlines today seem to be in a continual battle to land the revered title of ‘World’s Longest Flight.” This battle is only ever rising in intensity with Qatar Airlines recently having launched the current leader; 9031 miles from Doha to Auckland can now be achieved in one sixteen and a half hour sitting.

Besides this on-going struggle to achieve ever lengthening flights, there are also many new long and short haul flight routes set to launch – if not already operating – throughout 2017. Seven of the best are listed below – so have a read and get planning your next holiday, and don’t forget to use Plane Finder’s flight tracker to keep an eye on our skies!

1. BA from London Heathrow to New Orleans, Louisiana, US

A city famed as the birthplace of jazz, New Orleans promises travellers a new perspective of French colonial traditions in the forms of celebrations, the annual Mardi Gras festival and of course their revered Beignets. UK tourists, come March 27th, 2017, can, courtesy of British Airways, for the first time ever reach the exciting city in one fell swoop. This flight will also operate via the airline’s Boeing 787-8 Dreamliner, just another small reason to make this option ever more exciting!

As part of BA’s continual plan for sky domination, the airline has already launched the first ever direct flight linking Britain and Chile. From the 3rd January 2017, UK nationals have been able to directly reach the South American capital, Santiago.

4. Monarch From London Luton and Birmingham to Stockholm, Sweden

Surprisingly, as it stands, no UK low-cost airline offers flights into the trendy Swedish capital – Stockholm – from either Birmingham or Luton. But from April 2017 things are going to change and more cost-conscious travellers can access the city’s coolest bars, sample a smörgåsbord and stroll across the cities 57 bridges from as little as £30 each way!

5. Easyjet From London, Bristol and Manchester to Turin, Italy

Known as a successful business centre, cultural retreat and gateway to Italy’s portion of the beloved Alps, Turin, unsurprisingly, is everyone’s Italian dream! Already launched new for 2017, Easyjet is operating new flight routes from three of the UK’s most popular airports; Luton, Bristol and Manchester.

Labelled as ‘The City by the Bay’, San Francisco is closer than ever before for the people of Manchester. Appearing very high in the best cities to live, from the middle of May 2017, Thomas Cook – known for their affordable holidays – will be expanding its coverage to include bi-weekly flights direct to San Francisco.

7. Ryanair From the East Midland to Naples, Italy

It may be small but when it comes to new routes East Midland’s airport is certainly mighty. Included in these new fares is a tri-weekly Ryanair service to Naples. From as little as £60 return, in just over four hours you can find yourself in the ancient Roman city, famed for the creating one of the world’s most loved dishes; pizza!

While the above by no means serves as an exhaustive list of 2017’s new flights, ‘to infinity and beyond’ really does seem to become a modern day reality! All these new routes, for us passengers, translates as busier itineraries and what better way to keep these in check that via Plane Finder’s flight tracker.

Our dynamic flight tracker pulls information from a variety of different satellites, to provide you with the ultimate flight tracker – one that fits in both your pocket, briefcase, and on your desk.

By providing all information on any specific aircraft, including its flight progression, it’s scheduled and expected arrival time, altitude, ground speed and direction, we can guarantee that you’ll always be one step ahead. Plane Finder’s sophisticated flight tracker can also pull through more detailed information relating to the aircraft and airline itself and offers an interactive Augmented Reality feature (app only).

Alternatively, use our desktop version.