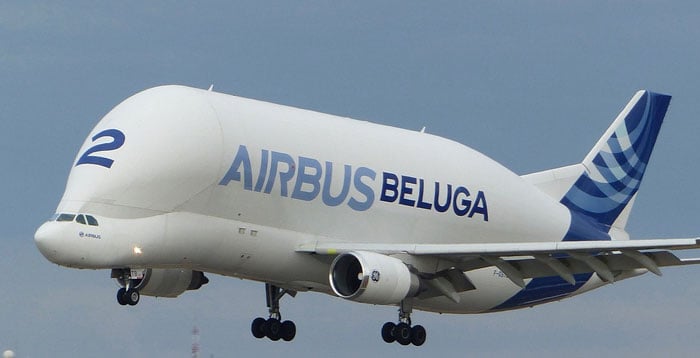 Extreme aircraft are fascinating feats of engineering. They flirt with the limits of what humans can achieve, pushing the envelope further every time. Breaking records isn’t just about being the biggest or fastest – there are extremes at each end of the scale, and some of the tiniest, cheapest and slowest planes are also some of the most interesting. 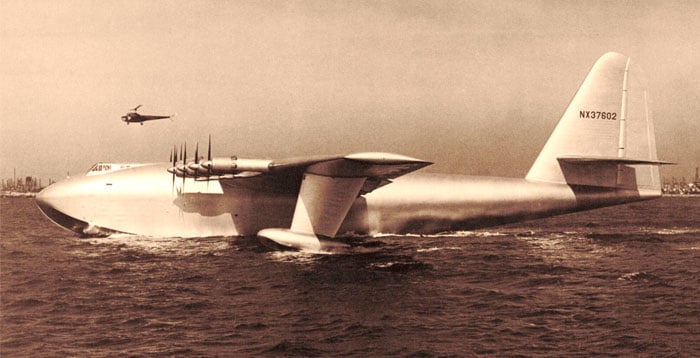 The Hughes H-4 Hercules, also known as the Spruce Goose, was a prototype aircraft with the widest wingspan of any aeroplane ever made – an incredible 97.5 metres. For a sense of scale, the clock tower at the Houses of Parliament (Big Ben) is 96 metres tall.

Only one was ever built – and it made a single flight. It was supposed to bypass dangerous shipping routes between the US and Britain during WWII, but the plane wasn’t completed until well after the end of the war.

The project was abandoned – there was no need for a wooden framed aircraft after wartime aluminium restrictions were lifted. 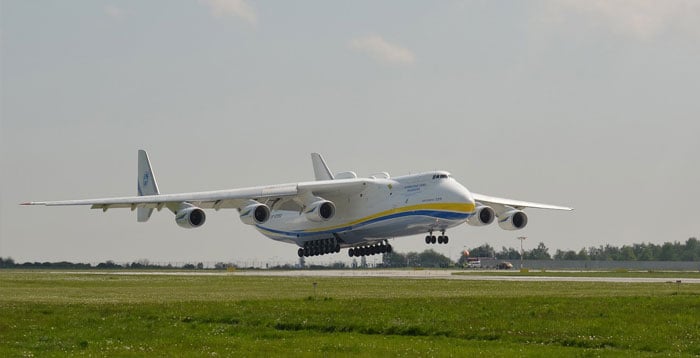 The Antonov An-225 holds a few records. It’s absolutely gigantic – with a nose to tail length and wingspan greater than any plane in service today. It’s the heaviest aircraft ever made, and able to carry more weight than any other in history. It can fly with 250,000 kg of onboard cargo and can transport spaceplanes on its back.

The An-225 was originally designed to ferry Buran, the Russian space shuttle. Buran flew a single, successful mission; the first fully automated unmanned spaceflight of a reusable orbiter. The collapse of the Soviet Union ended the Buran project, but the heavy lift An-225 is still in use today, transporting unusually large items of cargo.

The Smallest and Lightest

Bumble Bee Two was the smallest human-operated plane ever made. It came in at under nine feet (2.7 m) from nose to tail, with a miniscule wingspan of five and a half feet (1.7 m). It was destroyed after crashing. 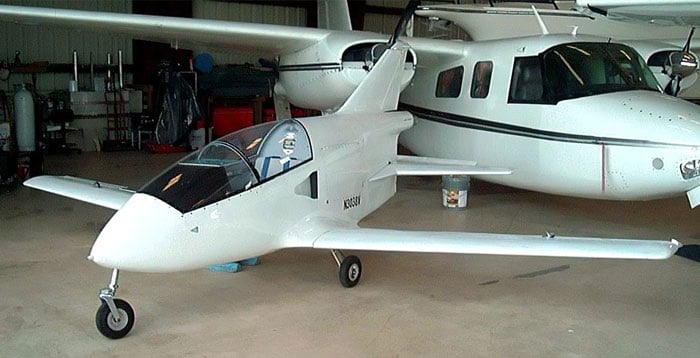 The Guinness World Record title of smallest and lightest turbofan-powered plane goes to the Bede BD-5, which has retained the honour since 1971 with its featherlight weight of 162.7 kg. 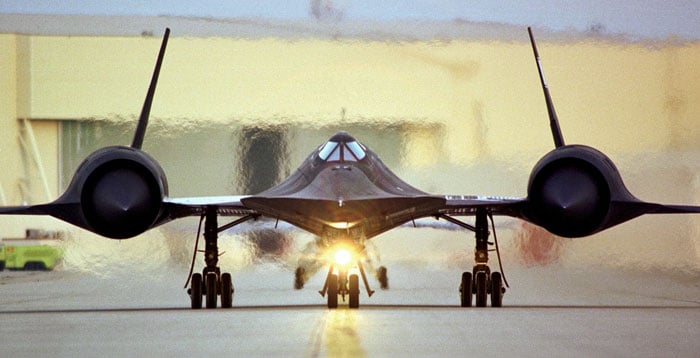 Many would have you believe that the North American X-15 is the fastest bird in the sky – but they’d be wrong. The X-15 certainly is a record breaker, and it did fly faster than anything else: but it had to be dropped from a B-52 bomber, as it was incapable of takeoff by itself. For us, that kind of disqualifies it as an aircraft. It’s closer to a human-piloted missile.

The fastest air breathing, takeoff capable aircraft ever built was the Lockheed SR-71, nicknamed Habu, Lady in Black and most famously – Blackbird. Nothing has matched Blackbird’s speed since 1976, when it was clocked flying at 2,193.2 mph (3,529.6 km/h). It was initially retired in 1990 but from 1993 to 1999, it was used again for military operations and NASA research.

This one’s tough to categorise. Obviously, helicopters and VTOL planes, such as the Harrier, can hover at 0 mph. They don’t need aerofoil wings to begin or sustain flight. For aircraft that do (fixed wing, fixed engine planes), there’s heated debate about what power type counts (propeller, human powered or jet propelled). 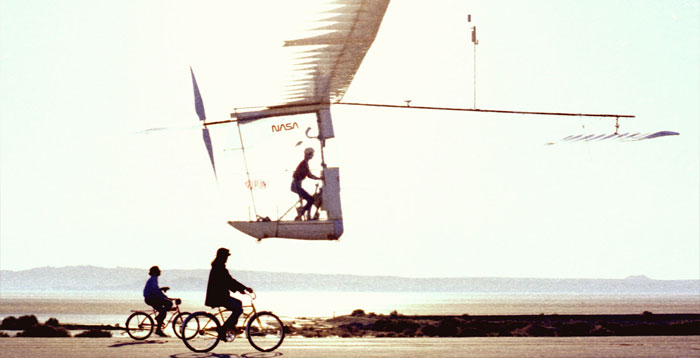 The slowest powered plane ever flown (even if it was human powered) was the MacCready Gossamer Albatross. And it was very slow – topping out at 18mph. But, you can’t expect much from a pedal-powered plane. The meagre speed belies the true value of the Albatross, which flew with nothing but the power of cyclist Bryan Allen over the English Channel in 1979. 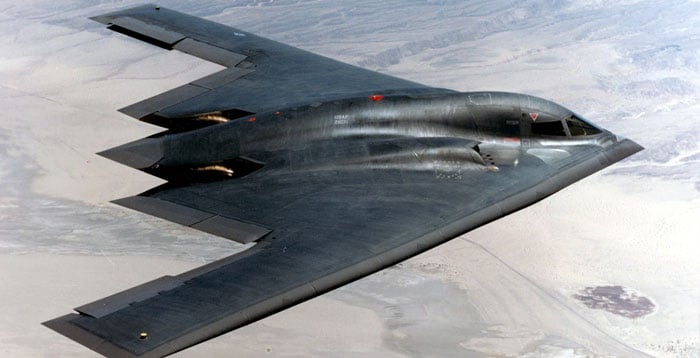 It might be one of the most recognisable and technologically ambitious vehicles ever, but the Northrop Grumman B-2 Spirit is by far the most expensive aircraft ever produced. After engineering, testing and development, the entire B-2 program cost an eye-watering $44.75 billion (£32.21 billion). That’s a $2.13 billion (£1.49 billion) per unit cost.

The B-2 Spirit is also expensive to run –  up to $135,000 per flight hour to operate – and the entire program, including running costs, was publicly funded. The B-2 was a black project for decades, but when it finally became public, the costs became a controversial subject among American taxpayers.

There’s a class of ultralight aircraft, sold in kit form or complete, which opens the flying experience to people with a spare $16,000 (about £11,000). These minimalist designs don’t quite count as aeroplanes: they don’t even require registration or certification to fly. 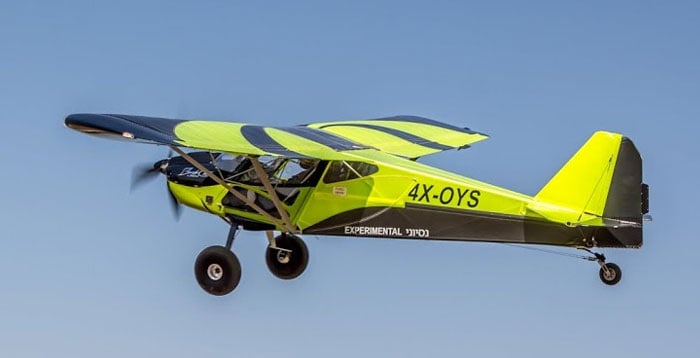 A Light Sports Aircraft (LSA) is probably the most apt category to start looking at, as vehicles in this category look distinctly plane-like. And the cheapest, fully built, ready to fly plane available to buy is the SkyReach BushCat – with a basic model available for just $56,000 (£39,000).

Who’s the Biggest Bird in the Sky Right Now?

Track flying giants, like the Boeing 747, with Plane Finder – the real-time flight tracker. Our iOS and Android app puts flight tracking at your fingertips.